End of an Era

Last years foal pool was great since the grand prize winner was a surprise and a repeat winner. My sister and I had to up our game to come up with a picture to beat her previous one. If you know Teresa, you know she has a really pretty mare. Carmen became the focus of this project. This was bigger than we have done before and my sister had to help in order to finish before the next foal pool.

Then the wait began as it was shipped to Canada. I mailed it on January 13th and it finally arrived February 9th. It looks better in person. My sister added sparkle to the browband gem and the border has a shimmer to it.

This year Roscoe has one foal expected, so get your guesses ready. A new mare means new possibilities. 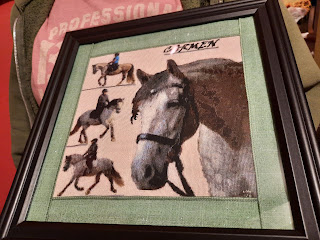 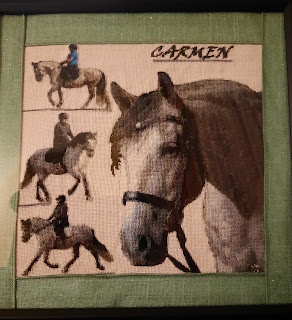 This was bittersweet since Tawe passed away in January. She was the first mare outside Roscoe's breeders herd to have his foal. And she had three more over the next years. Tawe and Roscoe produced top quality and consistent cobs. It is truly the end of an era. She had a number of foals during her 20+ years and will live on in them all. Such a wonderful mare. 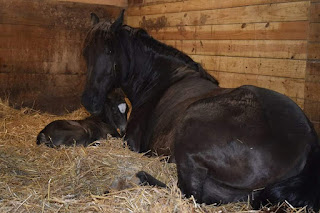 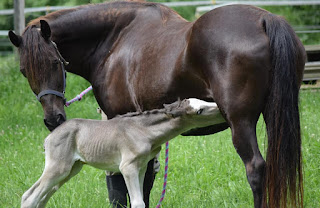