This year Roscoe is taking part in four stallion service auctions. The biggest reason I went against his breeder's advice to not do auctions, is that if he gets bids, he gets free advertising which is a chunk of change I would not be able to do on my own. So many people view the auction sites, which gets him in front of people who would not see him otherwise.

Roscoe stepping up for the jobs :)

So one auction to benefit the orchard hills pit stop and docs dog food closed last night. I decided to do this one mainly because I grew up with a boxer/pitbull mix. Sadly these days they get such a bad rap so any help I can give, I will. This turned out to net Roscoe two breedings, and someone watching him for next year. Breeding season will start in March for him.

The next auction already running is put together by the New England Dressage Association. They nabbed me with their free advertising if he wins a bid. Plus that gets him seen by sporthorse people which I think Roscoe would do well with. You can see Roscoe here http://www.nedastallionauction.org/stallionauction/index.php?a=2&b=453 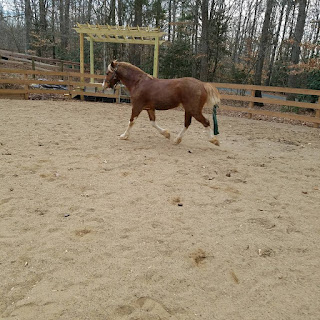 I signed Roscoe up for the Westfalen stallion auction (2/21-3/4) and a young rider will auction off a breeding to help her raise money to get on a team. Those two have not started yet.

It will be interesting to see how these work out.
Posted by Nicole at 9:21 PM 1 comment:

For Sale: Time to make space

As the government shutdown goes forward and I find out Monday if I get my furlough letter, I decided to post the stuff I have for sale. Okay it is only a portion of what I have. I also have a 74" stable blanket with a belly band not pictured. All prices are open for negotiation and do not include shipping. Let me know if you need a size since some are not listed. 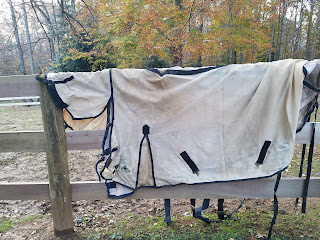 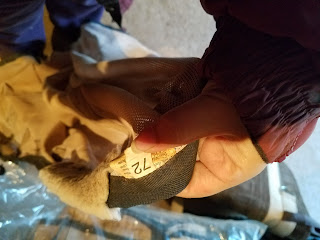 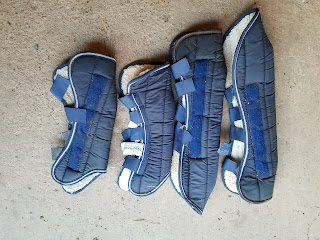 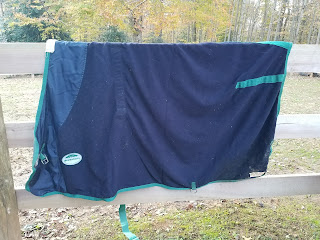 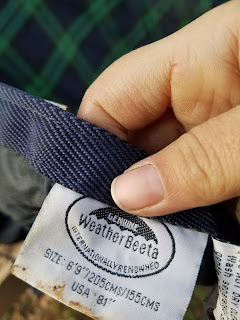 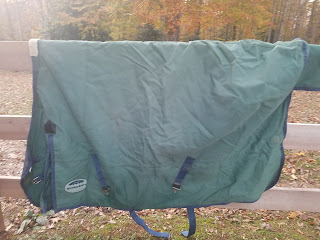 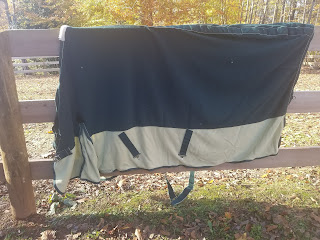 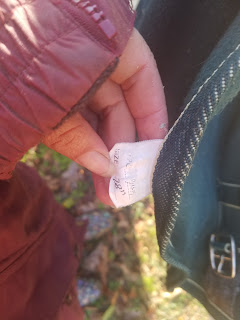 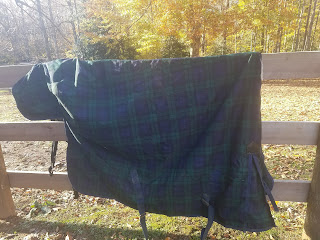 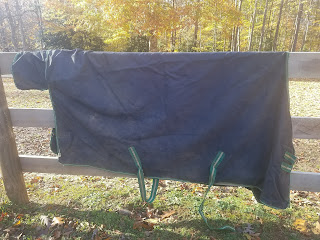 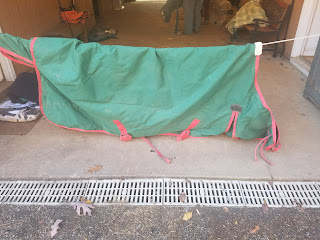 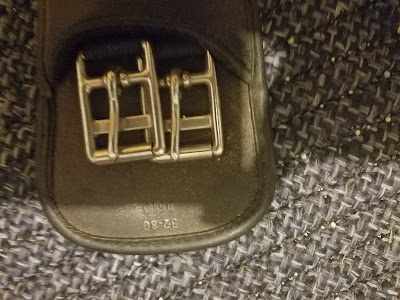 Time Flies... Right Into A Show

Whew! I have been so busy at work with all our inventories. Still have more to go, but at least some of the big ones are completed.

Time certainly flies though. I finally finished my Blogger gift and was able to send it to my fellow Cob owner Erika. My sister was a big help completing the gift. Especially since I caught a cold that totally kicked my butt. The cold, bad weather and work kept me grounded. Luckily all three times Lauren came to ride Roscoe it was warm enough to have good footing.

Sadly just before the show our temperatures dropped again. I worked until five on Saturday and then did a quick Roscoe clean up. I used a bucket of hot water with a dash of whitening shampoo to clean his muddy stockings. His feathers froze pretty quickly, but they were cleaner. A shave and some mane pulling made him look less winter rough. 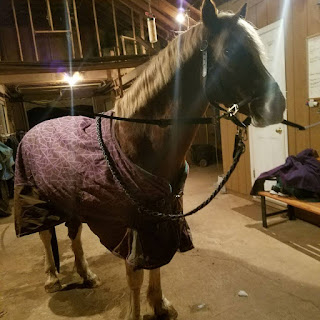 Show day dawned and it was freaking cold. I told Peggy the wrong turn so we were a bit later than I wanted to be. That seemed to be the theme. Lauren was a bit later and so was the judge.  Since I was supposed to work, I asked for an early ride time for Roscoe. She was going to ride first, but ended up going second. This was a tough show from the moment he got off the trailer. 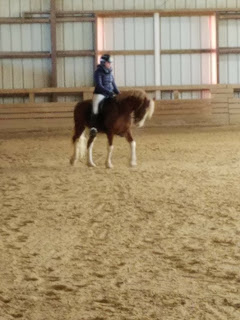 Roscoe gave Peggy a hard time because there were cows in the field by the parking area. My bug eyed little stallion did not know how to handle the bawling aliens. I had to hold him while Lauren tacked him up. We decided to bring him to the warm up ring before putting his bridle on. Of course the farmer decided to feed the cows at that point and it took a bit to get Roscoe to leave the area. He did not want to turn his back on those weird things. Then he kept looking for cows around every corner.


When we got him bridled and Lauren on, he was full of it. Then the farm owner wanted to try and drag the arena. Horses running and the tractor pushed his buttons. Roscoe reared up and needed to move. They let her go into the indoor. Well Roscoe has a long memory and remembered the scary waterfall at E and decided the sun beams were just as scary. Lauren did not get much of a warm up. She walked him, a bit of trot and cantered right a couple of circles. Then the cranky judge kicked everyone out. The outdoor was too frozen to allow for anything more than walk. When it was time for her test Lauren asked for a little time. She got two left lead canter circles in before the judge rang the bell. Roscoe was not ready, but time was up.

Overall the test reflected the lack of warm up. He spooked big time at E and a bit before. He cantered and maintained, an improvement from last time. Then spooked again after the walk transition. He scored well for his trot transition and was better to the right, though he was late on his canter transition. He is determined to be crooked on his halts. That is something we will be working on. I know Lauren was not happy. She is very competitive. I told her these shows are for experience and he did work. They ended up third out of five with a score that was close to his December score.
For me it was  good to see that a lot of what we are dealing with is young, green show pony and it is not aggravated by my nerves too much. That will give me more confidence at the next show.
I finally got on him today and was pleased with his willingness to work. He was a bit slow on the canter transitions due to the footing. Gotta love winter crunchy sand. Considering he has had three rides and the show in the last month, he felt good.
I had my follow up appointment for my gastro issues and got a prescription that will hopefully put me in remission. I am looking forward to having more energy and being able to build back my muscle so I can keep up with Roscoe.
Ah well now to get to bed and get ready for another 14hr day of inventories.
Posted by Nicole at 10:19 PM 6 comments: