Posted by Nicole at 4:14 PM No comments:

Well the breeder finally got some great shots of Ragtime and Gypsy as they took a turn around the round pen the other day. She has got the longest legs and she is showing them off. I can't even say how excited I am with this cross. Roscoe has been extremely lucky to be utilized by three great US Cob breeders now, Castleberry, Aderyn Du and now MHS. He has delivered every time with superior foals.

Ragtime reminds me of Ember in movement and I can't wait to see her develop.

All pictures from MHS Welsh Cobs. 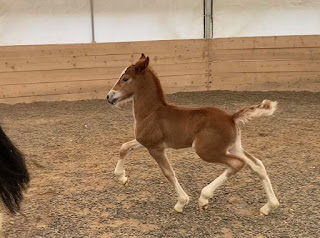 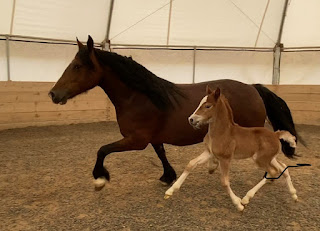 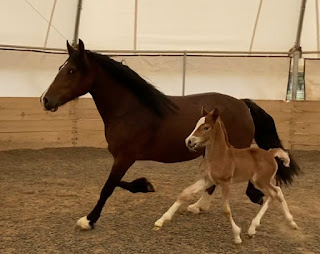 After riding in the wrong saddle for so long, Roscoe developed hard nodules on either side of his spine. When we got the new saddle, he still showed some back soreness from the pressure on those nodules. I began putting the sheepskin lined pad on him and that helped, but I decided to bite the bullet and get a pressure pad. Going into Second level with all the sitting trot, I want him comfortable.

Advanced Saddle fit had the Prolite Dressage Relief Pad and it seemed to fit the bill. 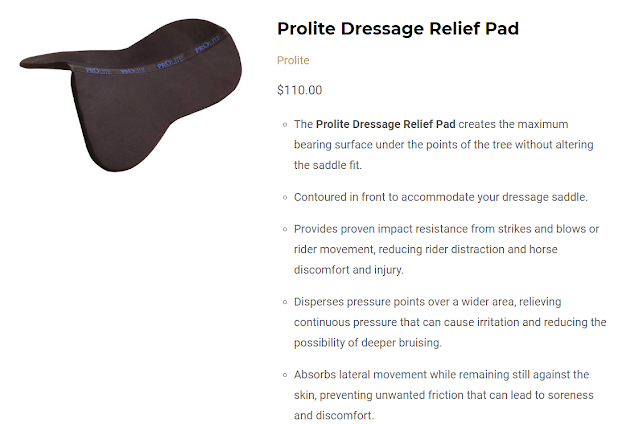 I was lucky enough to find it at The Cheshire Horse during a sale and got it for $99.

Roscoe's back was much happier and did not show soreness after work. And bonus, his nodules are nearly gone. The pad has relieved my mind as I develop my sitting trot skills. So not ready to sit his lengthening. 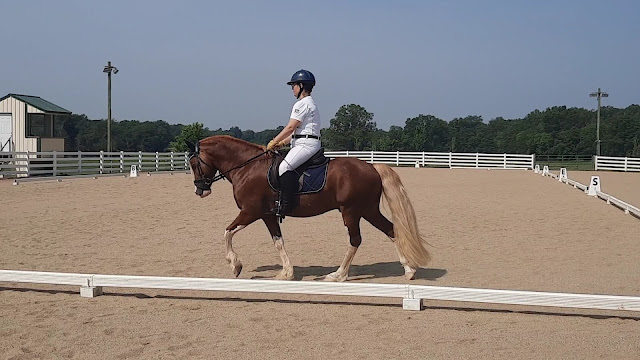 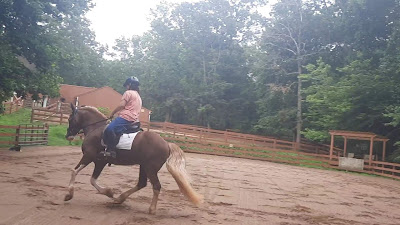 The best surprise was that I put the pad on Ember. He is still in the Isabel and I know he has the same issues that Roscoe did, plus some due to being an awkward growing cob. He is quick to balk under saddle. With this pad, for three rides, he has not balked once. That is a serious benefit and makes this pad totally worth the price. Ember is like a different horse. 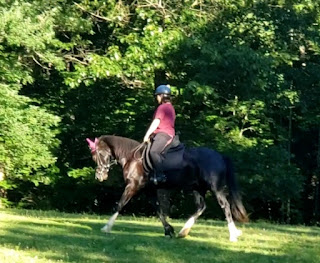 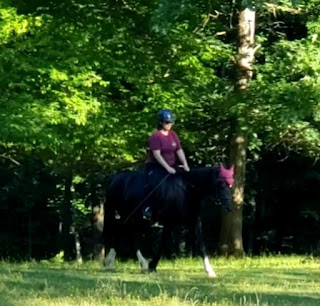 The pad stays  in place and stays up in the gullet. It only comes in black, but seems pretty nondescript on the horse. I highly recommend.

Posted by Nicole at 1:37 PM No comments: