2018 continues to be a hard year and news of Draco's passing was a surprise.
Pictures are from his owner 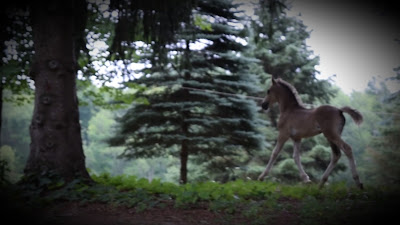 At the end of August Draco went to his Westfalen inspection and scored the same as Carousel, just below premium. His coat finally was getting darker allowing his chrome to brighten. 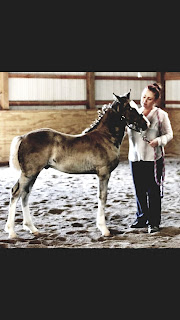 Draco loved to call to his owner and caught her heart. So she was devastated one rainy day when he came in and rolled to dry off and took a turn for the worse. I nearly cried when she told me about the drying off part, since Roscoe has done that since he was born. Draco colicked and required surgery. Unfortunately he twisted his intestine badly. 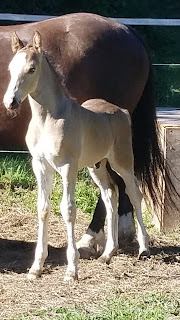 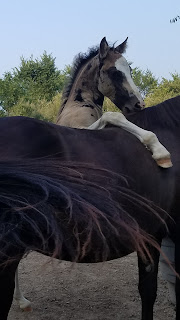 The vets could save him, but long term he could be prone to colic. His owner decided let him free. We have been there before with one of our own and had to make the same choice. It is never easy, but for one so young it is difficult. 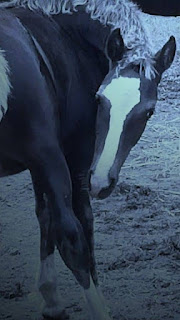 I did not realize that his owner had even decided to bring him to Canada for the Royal Welsh. He would have been in the ring with his sister and his oldest half brother. I still can't believe he is gone. 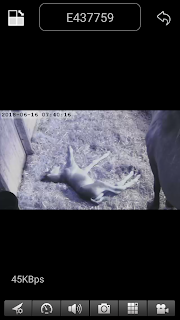 Rest easy Handsome, I loved watching you on camera after you were born and watching you grow.
Posted by Nicole at 12:23 AM 5 comments:

Beer For My Horses

We have tried so many things to help Dottie with her gastro issues over the last year. Everything has worked...until it did not. Due to her age, we may never get rid of the extra fluid but we can try to keep her comfortable.

So after trying steroids, gastroguard, antibiotics, chinese remedies and diet change, Mom decided to try an old cowboy remedy for scours in cows. It is simple: beer and brewers yeast.

Peggy had some 16oz Miller left over from her brother's visit that we started with. We definitely saw a difference pretty quick. Personally I am not into beer, but I am glad Dottie seems to like it. Then Dad gave us a couple of Guinness and Redds Apple ale someone gave him.

The Guinness worked really well. Some Internet stories say it is due to the yeast and hops giving good probiotic effects. Of course there was no way Dad was spending that kind of money on Dottie.

Up next was Pabst Blue Ribbon. Not my favorite since it smells more alcoholic then the others. Dottie has no opinion, she seems to think they are all okay. It seemed less effective then the others. Part of it may have been the smaller can. The biggest surprise we had was that DaVinci likes the beer too. Who would have thought Mr. Picky would like that stuff. 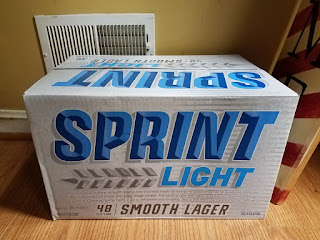 Then Dad found Sprint beer at Lidl. They are still 12oz cans so we bumped up Dottie's dose to 1.5 cans. The other half goes to DaVinci. It keeps him from stealing Dottie's food.

Dad bought more beer today, so Dottie will be stocked while we are away. She is on brewers yeast too. That just came a week ago, so we will see if that helps more. She has better piles and less fluid. Of course we have had a temperature change which makes it hard for her. We have hope that she will continue to improve. Do you think the stores believe Dad when he says "The beer is for my horses" ? Ah what we do sometimes.
Posted by Nicole at 11:32 PM 2 comments:

Florence made her presence known in our area just before the September show. My farrier was convinced the show would be canceled, but there were too many signed up for her to that.
Mom and I made an effort to clean up Rosemary and Roscoe even knowing they would not stay clean. When we got to the show, it was very wet footing and misting. 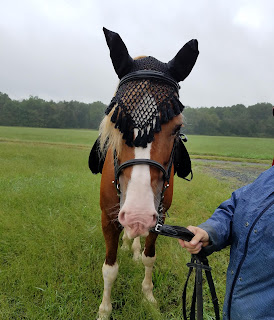 Mom went first and Rosemary quickly said she was not happy with the puddles. She stomped her way around the warm up. She was more up than out and working harder than she needed to. I was proud of Mom. She worked through the drama and did her two tests. The judge was a tough one and did not give any feedback since it was raining. No pictures for the same reason. Rosemary, even tired, still managed to place with me in training 1.
Just picture Rosemary sandblasted. We had to brush off the saddle before we put it the truck.

We had a bit of time until Roscoe was up. This show I asked to ride T2, T3 and then T1. Unfortunately we were not at our best. I was tight and not sitting around him. I tired having Mom shake out my hips, but it was still an issue. Roscoe was greatly insulted to be asked to work in below standard footing. We had to have a serious discussion about him going through puddles when I say. Warm up to say the least, sucked. The show ring was actually better, but he still tried to avoid puddles. At one point I asked for a downward transition from the canter just as he was swerving around a puddle. He totally fell on his face. Not surprising we got "needs balance." 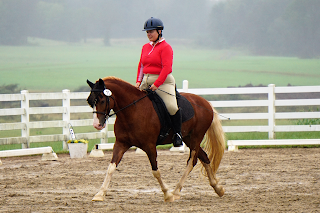 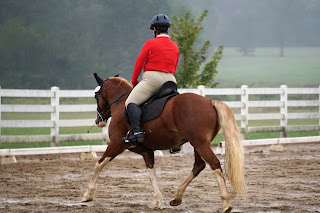 Despite the weather, footing and my tight hips we did manage to finish all three tests. They were not our prettiest and the judge hit all our weak points, but my pony did as I asked. I hope to be able to ride before this judge again on a better day.

Our friend who got Winston rideable for us, was showing too. Her boyfriend managed to get some pictures of Roscoe. As for the Splat... that was me later. We were pulling the four wheel cart to load back onto the trailer, when I fell over the railroad tie and landed in the mud. What a way to end a rainy show day.
Posted by Nicole at 9:30 PM 3 comments: