2018 was nothing if not memorable. Sadly not always for good things, but it moved along.
January was my month of inventory at work. I handed the reins over to Lauren for a show. It was a learning experience about showing in horrible conditions. 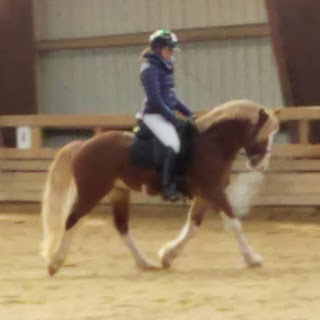 Another first was Roscoe participating in 3 auctions for stud service: Orchard Hills Pit Stop, NEDA and Westfalen NA. He managed bids in all three.

February was a month I began to see progress in Roscoe's canter work even though we had very few ride times. 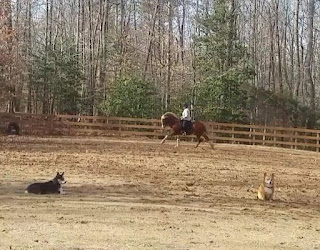 March was the month of madness and going green. This was when the big ass tree fell on my trailer and luckily our trailer guys were able to fix it. The horses had a diet change which included spirulina to help with allergies and kelp for their trace minerals. The green change seemed to help even with the bad allergy season. 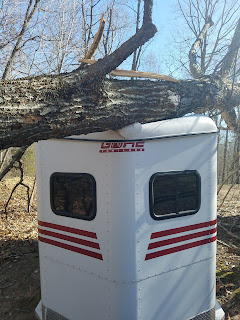 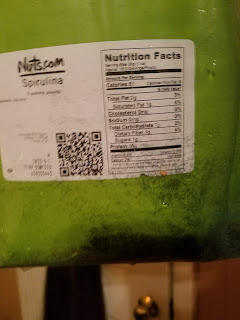 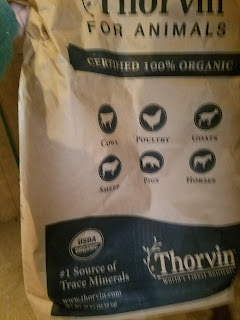 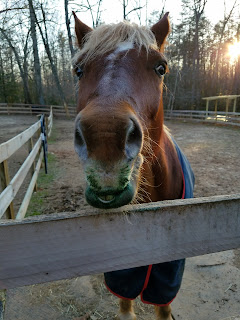 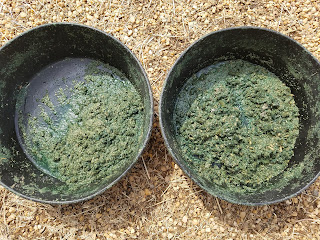 April brought some actual ride time in lessons and in a show. And I actually backed Ember for the first time. Roscoe also got to play at a jump chute clinic. 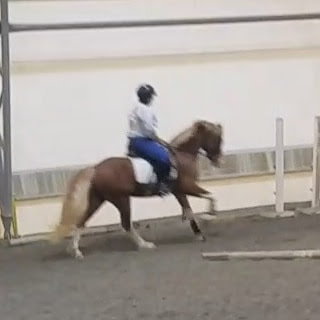 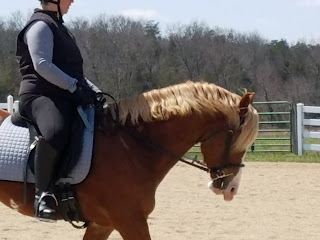 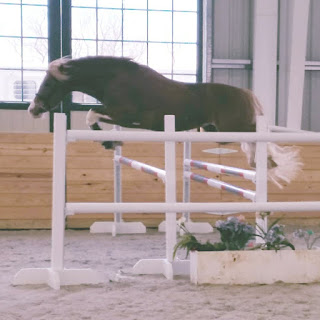 May brought the breeding season, another ride on Ember and grey horse problems with DaVinci. 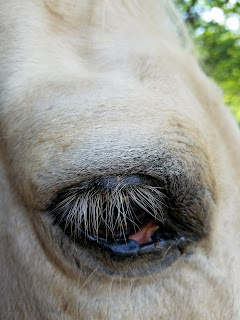 June brought a new colt, a dressage lesson,  and a show. 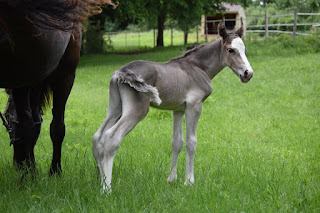 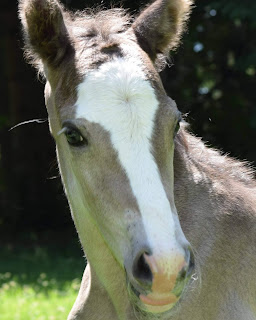 Betsy won the Foal Pool and below is her prize. 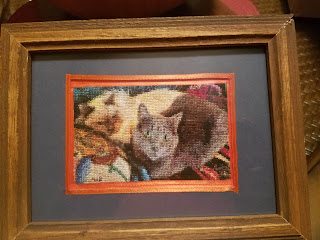 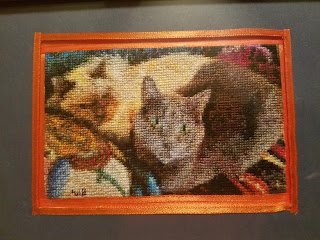 July was when we had an awesome jump lesson with Budi. Roscoe and I actually can jump together. 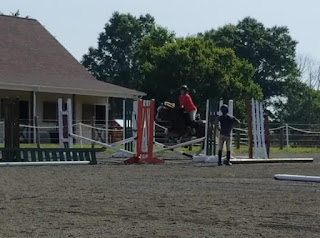 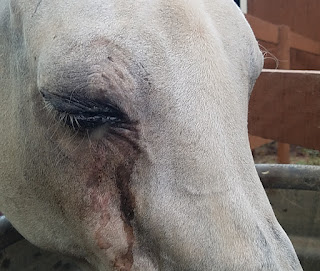 August brought the death of my trailer via Mack truck and the worry of losing DaVinci. We still have to watch him to see if he will need to lose his eye due to the bone fragments in the socket. So far, so good. I don't even want to remember all the trailer insurance stuff I had to deal with. 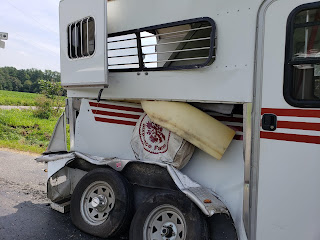 The month ended on an unexpected high when Roscoe won all three training level tests, earned "10" and came away the high score of the show. 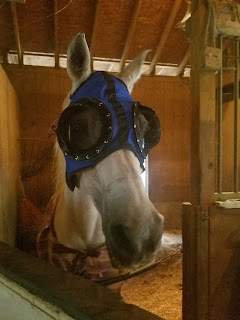 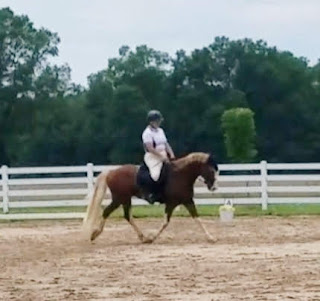 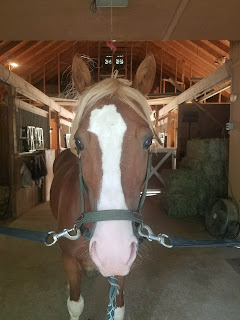 September brought the death of my fun loving aunt after a three week battle with cancer. Ember helped bring up our spirits with an exceptional performance at the jump chute clinic. He really is good for the soul. 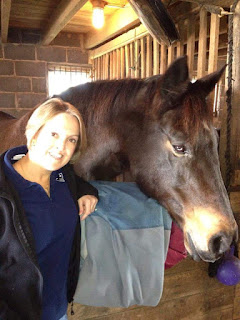 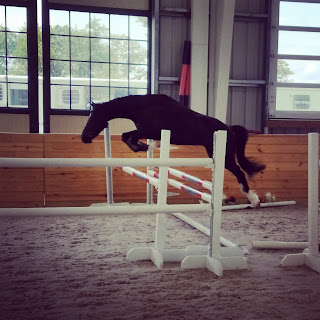 October brought the death of Draco. It is so hard to see a young life cut short. It also brought the fulfillment of a goal to get Roscoe on a cross country course. Stephen Bradley helped his introduction go smoothly even if it ended with me on the ground. 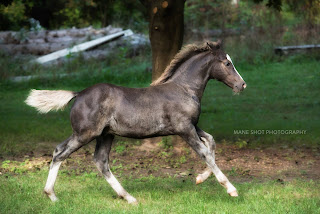 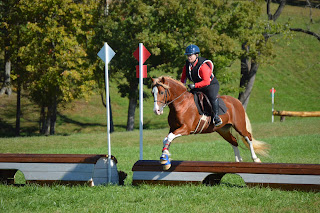 November brought another trailer to us. A bit rough around the edges, it needed a new jack and some major maintenance. It is so good to have wheels again. 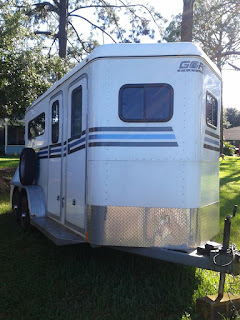 December was the month of Blogger Gift Exchange and sadly, dog bites.

My sister and I quickly got to work on making the pattern for our annual cross stitch, this time for Amanda at Bel Joeor. I tried to save time by editing the pictures so only the horse was visible and adding a gray background. I picked the pictures specifically so that we could showcase his blaze and brand. I even got two thirds done with the brand picture when I decided the coloring was off and pulled it all out. Luckily the other two heads came out okay. My sister redid the brand picture and it was better. He has a roan patch right by his brand which the computer saw as the same. Luckily Amanda has a "how to read a mustang brand" on her blog and I could write down what it said. Then my sister fixed the pattern and pulled out the corresponding stitches and replaced with white so his brand could be seen. Finally, it was coming together. It threw another challenge at us by being slightly too long for the frame we had, so we had to get creative with framing and mounting. I did not deliver in time for christmas due to the creative difficulties and unexpected trips to the vet when Griffyn got bit twice in the month. He is not the best patient and drain tubes drive him crazy. He is on the mend now and Amanda was happy with her gift even with the delay. 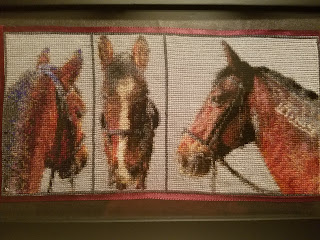 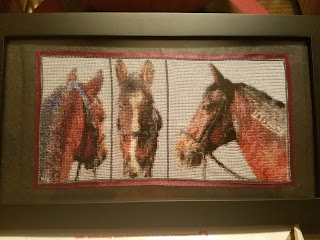