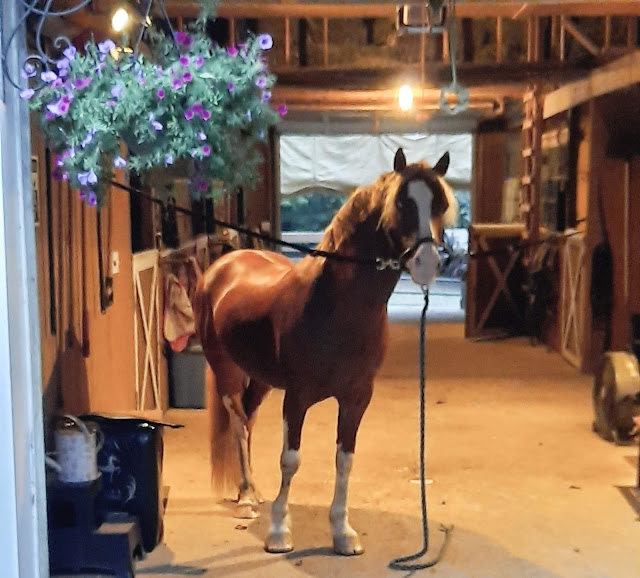 A big part of the equestrian world is chance. Taking a chance, getting a chance and giving a chance. So I try to give Roscoe all the chances he can get.  Many riders have gotten their start as catch riders, filling in when there is a need. Roscoe is a catch stallion. He is not normally the first choice. I am not a breeder and don't have my own farm, so he does not immediately come to mind when people are looking for stallions. He and I work with recommendations from other breeders.
When they cannot help with a mare owner's needs they send them my way. I do everything I can to be accommodating. Most have already tried another stallion or the stallion they had in mind backed out. So I work with our collection center to pull off same day collections and last minute visits. I provide all the information about Roscoe I can. It helps that he provides quality semen at the upper end of normal and that I can honestly say he has received no negative reviews. Even the three mares that did not get pregnant did not blame him. 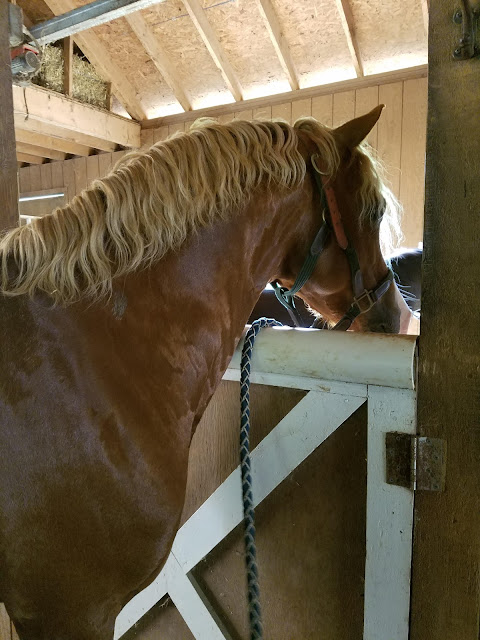 These breedings always have a chance to promote repeats and are worth the effort. Tawe is a prime example. Her first breeding was because the prior stallion was not available and Roscoe filled in. Ever since, she has been bred to Roscoe and produced quality foals.
I am really excited this year since a breeder who produces quality Cobs has used Roscoe for two of her mares. One was a last minute addition and after two breedings she is pregnant. Her dam was the other mare, but she did not settle. The other mare bred this year did not settle either. I felt bad for her owner. They spent a ton of money trying to get her pregnant. This is the second time she did not with Roscoe as she was bred once before with a different owner and the breeding transferred to the new owner. Surprisingly, she wants to try again in the spring.
Next year could be busy for Roscoe with two rebreeds and a number of breedings people have not used yet. But at least there will be one Roscoe foal next year.
And here is Tawe's 2020 colt, Aderyn Du Flyboy. He is a super friendly boy. 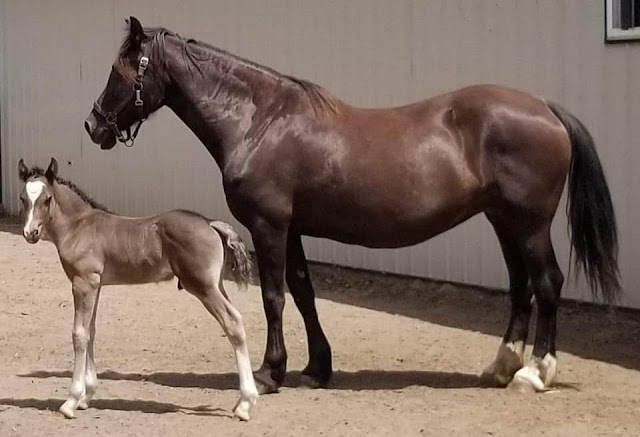