After 5.5hrs of typing discrepancies from the inventory the other night, I was ready to get to the barn. I decided to attempt a ride. Since I was not sure what the footing would be like, I tacked up Rosemary. Being younger, she can handle the footing better.
Walking out the ground felt good and the pony was ready to go. How ready I soon found out. After walking, I asked for trot. Holy Cow! That girl was off. And like a snow ball she got faster and faster. As much as I wanted to just let her open up and burn some energy, the ground was not good enough. I settled for getting in two point and letting her trot with only some half halts and vocal "steady's" to check her speed.
Gradually, she found her pace and stopped trying to canter off. I began posting and asking for serpentines or circles. She tried to rudely root the reins, but I just added leg to move her on. I think at one point her knee hit her head. Learning she can stretch down with contact will be a hard lesson for her. We never got any brilliant moments, but those are not needed every ride. We both needed to burn energy more than anything.
I had to end the ride because I looked down to see a sweaty girl. Lower forties is to warm for her it seems. We did a few laps around the field to cool down. 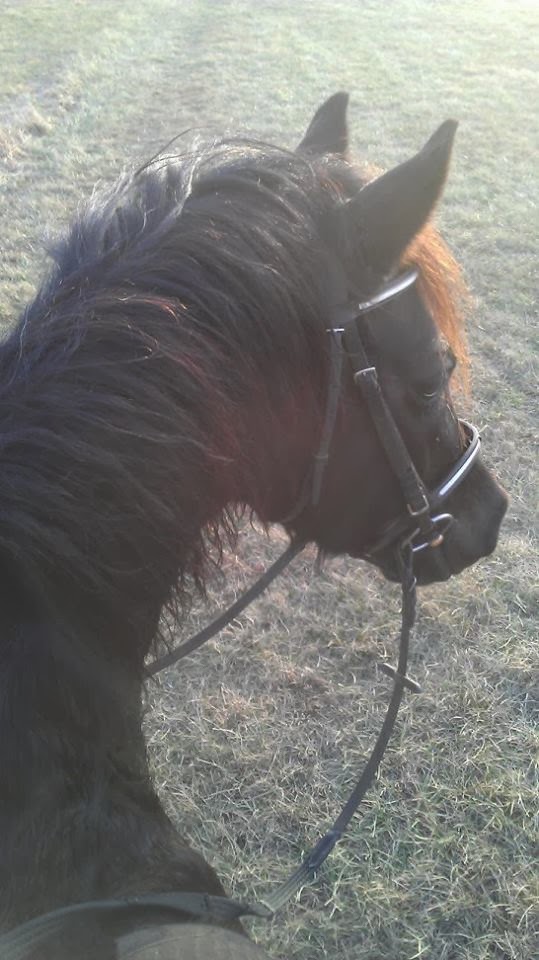 Then I took pictures, but someone was not paying attention.
I am thinking someone may need a bigger trace clip. Where she was clipped was barely sweaty. 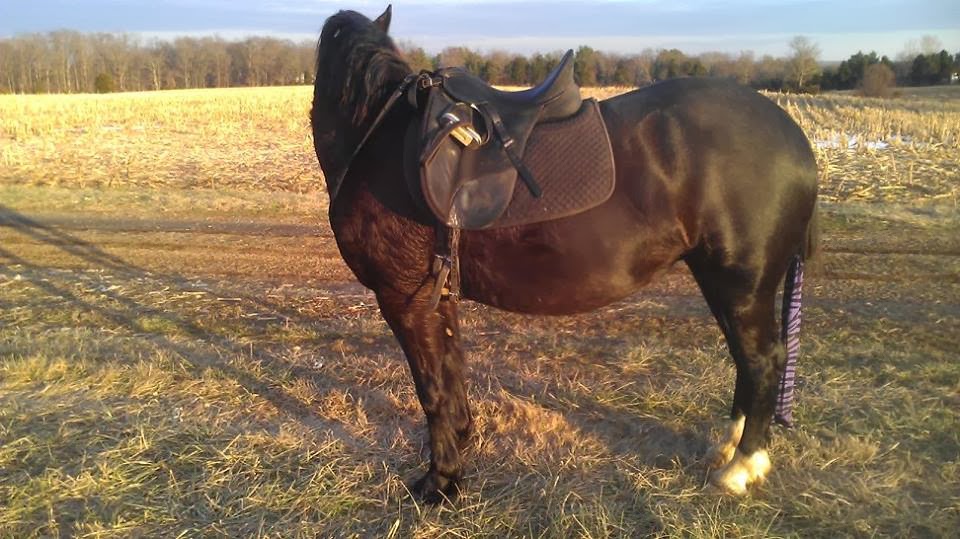 Looking at her long shadow :) 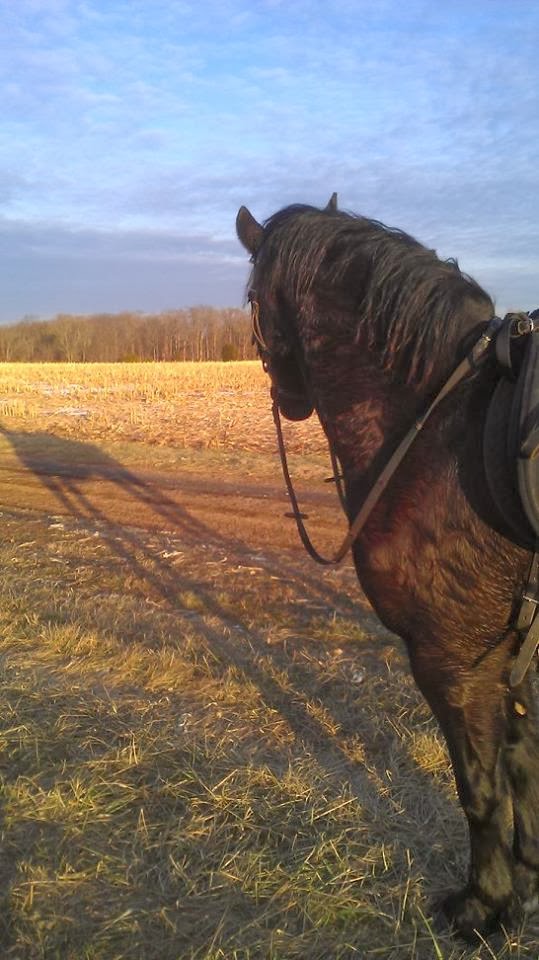 "Look even my eye's were sweating" Her ears were totally sweaty too because she has active little ears. 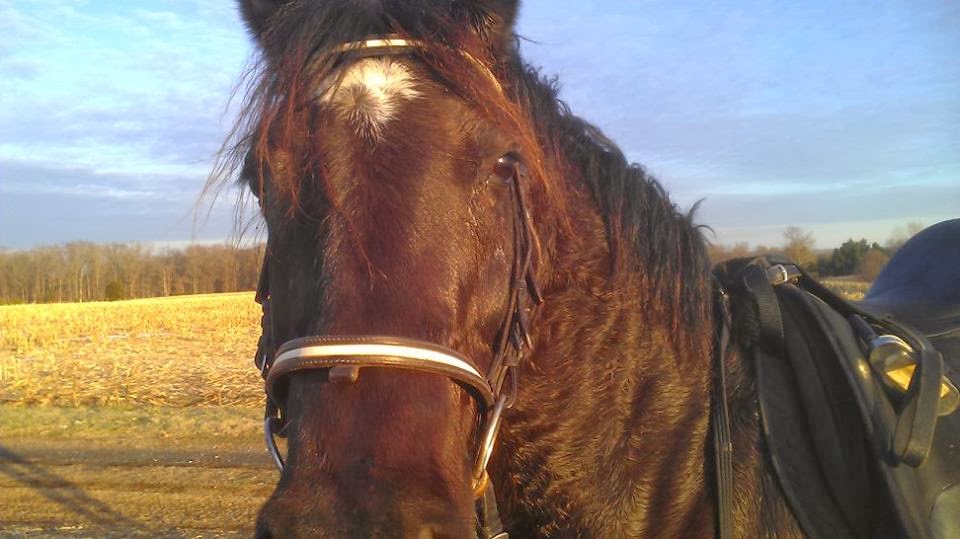 Wearing her Dover Chill Chaser after getting rubbed down with a grooming net. Cruising the barn to dry some more before getting her blanket back on. 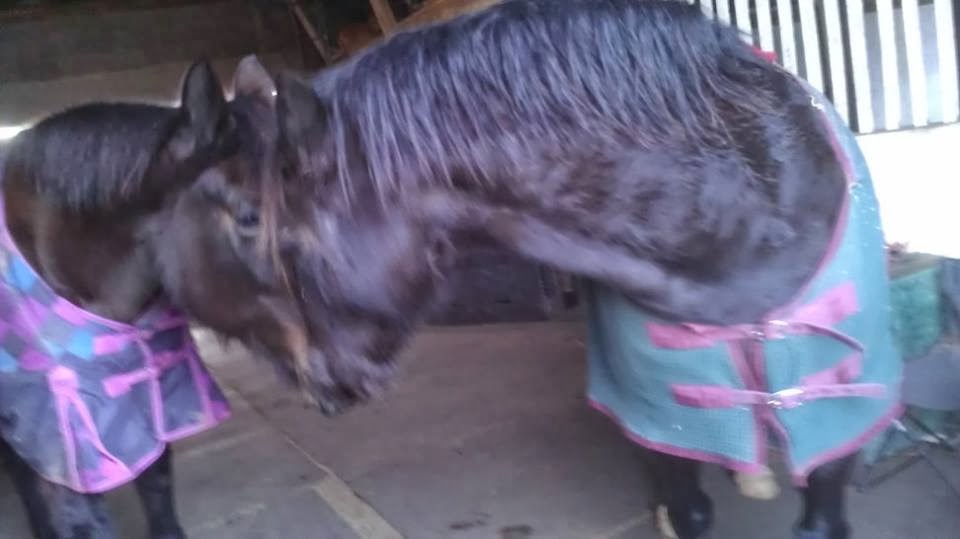