Super Pony to the Rescue!!!

As I was working my last day at work before vacation, my mom calls and tells me she has gotten the mower stuck in the corner field. This field gets so wet you can hear the water running under the surface. I had told her to cut off the end that gets boggy, but she forgot. She tried mats and bags to try to get it out, but no luck.

Since I was stuck at work, I called reinforcements. Peggy and Larry went to help. After looking at the situation Larry deemed they needed horsepower, ie Rosemary. Mom went and got her ready. Then she about dragged Mom out to the field ready to work.
Mom stayed at her head, Peggy directed the mower and Larry managed the traces. Larry also encouraged Rosemary. She loves Larry and will do anything to please him. When they were set, they asked her to push. Pony girl was like "WHOA." Then Mom said it was like the draft pulls, she dropped her butt and pushed into her breast collar. She worked hard especially since she was ankle deep herself, but that girl pulled the mower out of the bog.

Larry figures the mower weighs about 600lbs. Rosemary weighs about 920lbs. Is she not a SUPER PONY? The best part is we don't have to ask Dad for help. He would have blown a gasket.
Rosemary went off bucking and running, like saying "Hell yeah, Did you see what I did?"

I really wish I could have seen her in action. That pony keeps surprising us. I love that she did something so hard just because they asked her to. Made her Cob brain think, but that was a bonus for her. She is beautiful and practical. I almost wish I was a breeder so I could make more of her :) 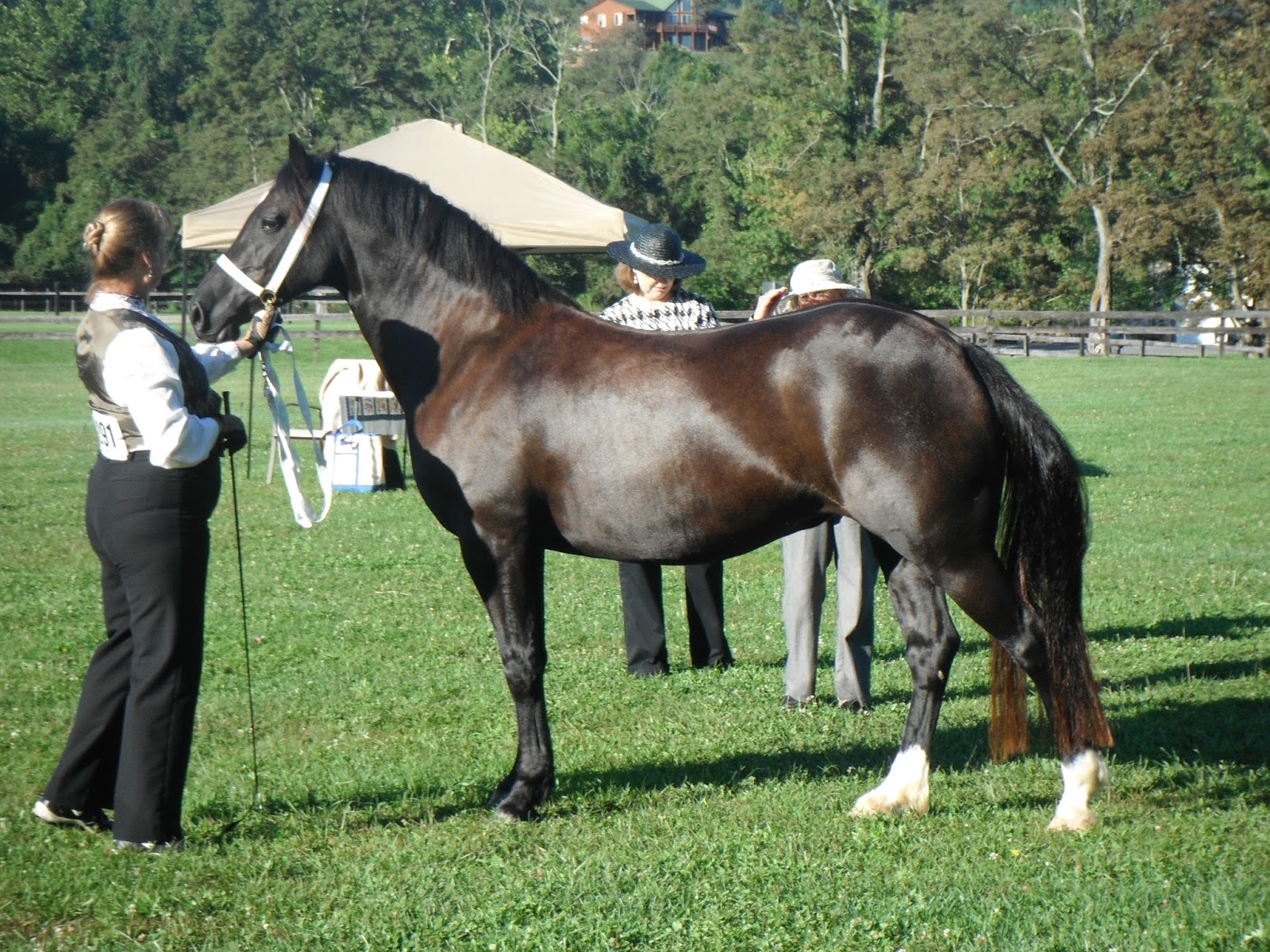