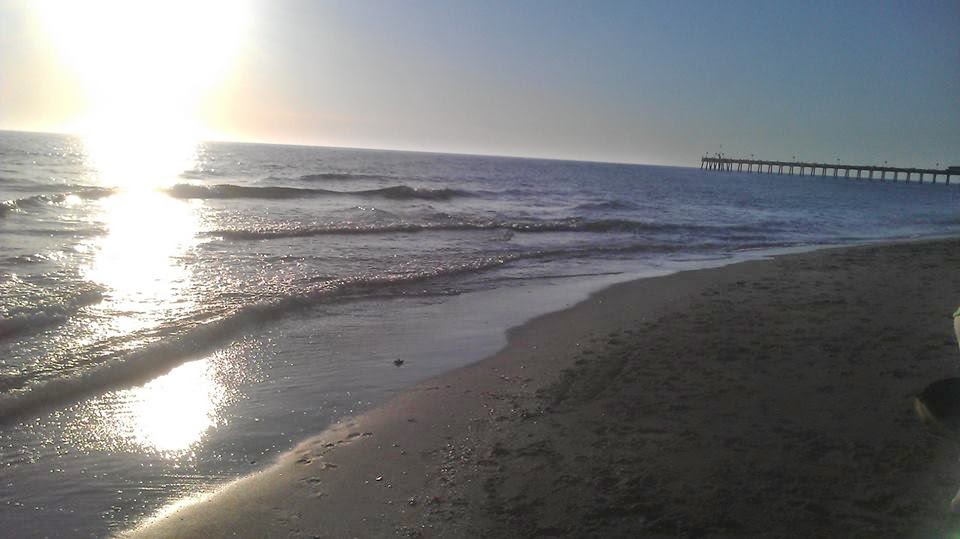 I am one of those unusual equestrians that goes to Florida for totally non equine reasons. This was a tough visit since it was the first since we lost my grandfather. Memere is basically fading away. Having us there to take care of helped somewhat, but as soon as we left she was back to barely eating. We did bring the dogs to the beach and found out that Deliah is not a water dog. She could not understand why Griffyn kept going into that crazy water.

In between card games and beach time, I checked in with Peggy for a horse update. Unfortunately, while we were enjoying the sun they had days of rain and flooding. She and Roscoe had to come to an understanding, but overall they all behaved. Peggy did have to round up Dottie not once but twice when she decided she wanted to go tease Roscoe rather than going outside. Peggy told Roscoe "Put that away, now is not the time." By time she had Dottie outside for good and was ready to put him out he had settled. He could have easily gone through the stall guard, but he listened to her instead. Going away is so much easier when you have someone who can take care of your horses the way you would yourself.
The other call I made was to chat with Roscoe's breeder. She is waiting for a foal from a maiden mare which means she has little idea when it will happen. That event will determine when and who Roscoe will breed. I am just going with the flow right now. It will happen or not. The biggest thing that comes from the wait is that I will skip the Spring Fling Welsh show. I could show him myself, but at this point I am a bit burnt out. They judged him so harshly from pictures, I think he can wait for the next show. He is looking really good weight wise now, but he is no where near what everyone seems to want him to look like. It will be the first show he has missed since he was born. Maybe I will find a Sport horse in hand show to bring him to. There he will probably only be looked down on because he dares to have feathers and not be a Draft. 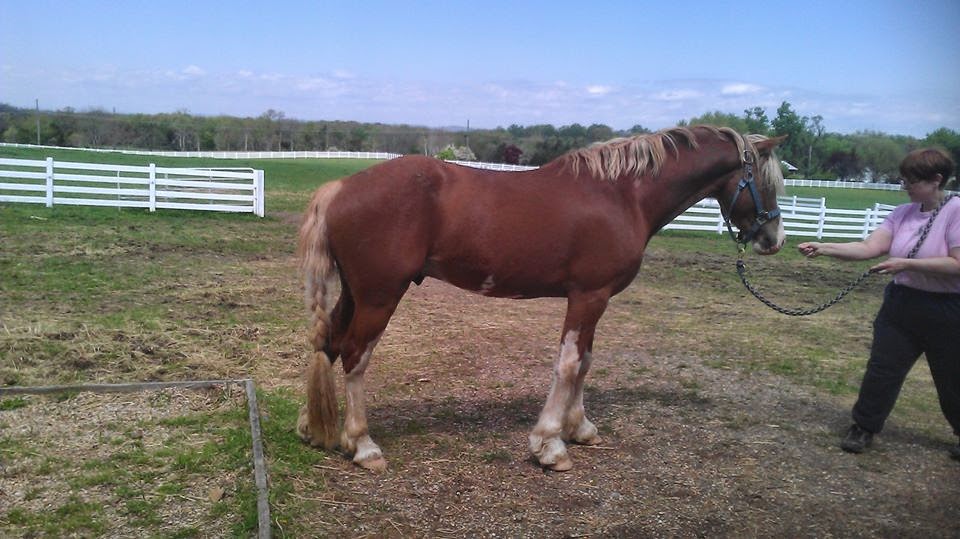 Once we got home, we had a slew of things scheduled. Then our hay guy called and said he had 50 bales for us. Talk about relief. Our area is having a hay shortage because of the bad weather last year. Some retail places are charging $10 a bale for just grass hay which is a $1 up from when I last checked. That would have been hard to swallow. The same day Dottie and DaVinci got their summer shoes. Now we just need good footing so we can ride them. Our hectic day was capped off with a call from my brother.
He is my mechanic and takes great care of my other horse power. While we were gone he used my CRV since it needed maintenance and an inspection sticker. Well he had texted to say it was ready for pick up earlier so I was surprised when he called. It seems that when he was at a light, he got rear ended. The CRV is still drivable, but the back hatch is not usable. He went home and put a claim in to the insurance company of the guy who hit him. Still waiting on the company to get a hold of him so we can move forward. In the mean time my other brother who is an insurance adjuster mentioned it might be totaled. I just about lost it. I am less than a year from paying it off. NO WAY! My adjuster brother came to pick me up on Sunday for a trip to PA for his new corgi puppy and ran a worst case estimate. It may make it, so everyone keep your fingers crossed.
Our PA trip was insane since it took us through MD and WV back roads, mountains and towns like Paw Paw. We finally made it and his puppy is so cute. He is a red like Griffyn, but he still needs his ears to prick. Poor Deliah got so excited when she met him, we had to tell her he was not hers. She pouted when they left to finish their journey home. Now I pray my sister in law lets him keep the puppy. She has a bad habit of deciding dogs are too much work and sending them away. So far so good.

And now you are caught up. If only I could catch up with everything as easily. It was hard to go to PA knowing how much work was waiting, but my brother deserved to have someone as excited as himself with him. I guess hugging a puppy was worth the missed day.
Posted by Nicole at 6:19 PM