A Loss Of Core

Well, I will post the pictures of the Welsh show a bit later. We received news that my sister in law was in a horrible head on accident Friday. Unfortunately we were not informed the true extent of the severity until the show day. So we had to rush away from the Welsh show to get back to the barn. Mom and Dad then went to see my brother, who had been in TX when he received the initial call. 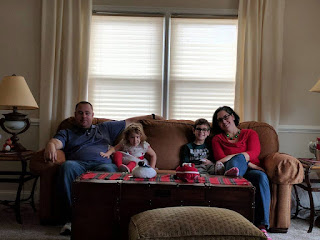 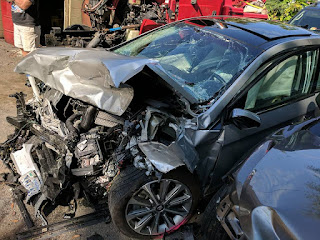 Getting hit head on at 50mph and surviving is equivalent to winning the Powerball 3x in your life. So her being alive is amazing in itself. Her guardian angel worked her ass off and if you can believe it my sister in law was lucid when help arrived. Fortunately neither of her kids were in the car. She sustained a broken foot (bone penetrating), dislocated ankle, broken knee (bone penetrating), broken hand (probably hit the radio), fractured back, she lost part of her small intestine and she lost her core muscles. As riders we all know and respect the core. Her six pack lost blood flow when her seat belt dug in. Her abdomen was an open wound for nearly two days until a top trauma surgeon could attempt to give her support with mesh and plugs. The surgeon declared it a "Victory" though my sister in law will always have a floppy stomach. 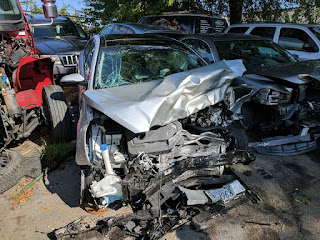 After five surgeries, she can finally leave ICU and begin to look ahead to therapy. A loss of core muscles means she will have to relearn to move using her back. She has a long road ahead and a loving husband and family to help where they can. I am a big believer in the power of positive energy so everyone send some her way if you can. Already she has received better results than the initial assessments. Her back fractured in such a way that it should heal on it's own retaining her mobility.

I am certainly going to appreciate my sore core muscles next time because now I know they can be lost in a flash. My sister in law is a very strong women and I am so glad she lived to fight on. She is the core of her family and that is one core that is irreplaceable.

Plus send some positive energy to Peggy's brother too, who is also facing serious medical issues. This double whammy, along with worry about family in hurricane zones has zapped my energy. I am glad our show on Sunday will be in the afternoon. Time to recoup :)
Posted by Nicole at 10:05 PM