So our last show was chilly, but had wonderful fall foliage. 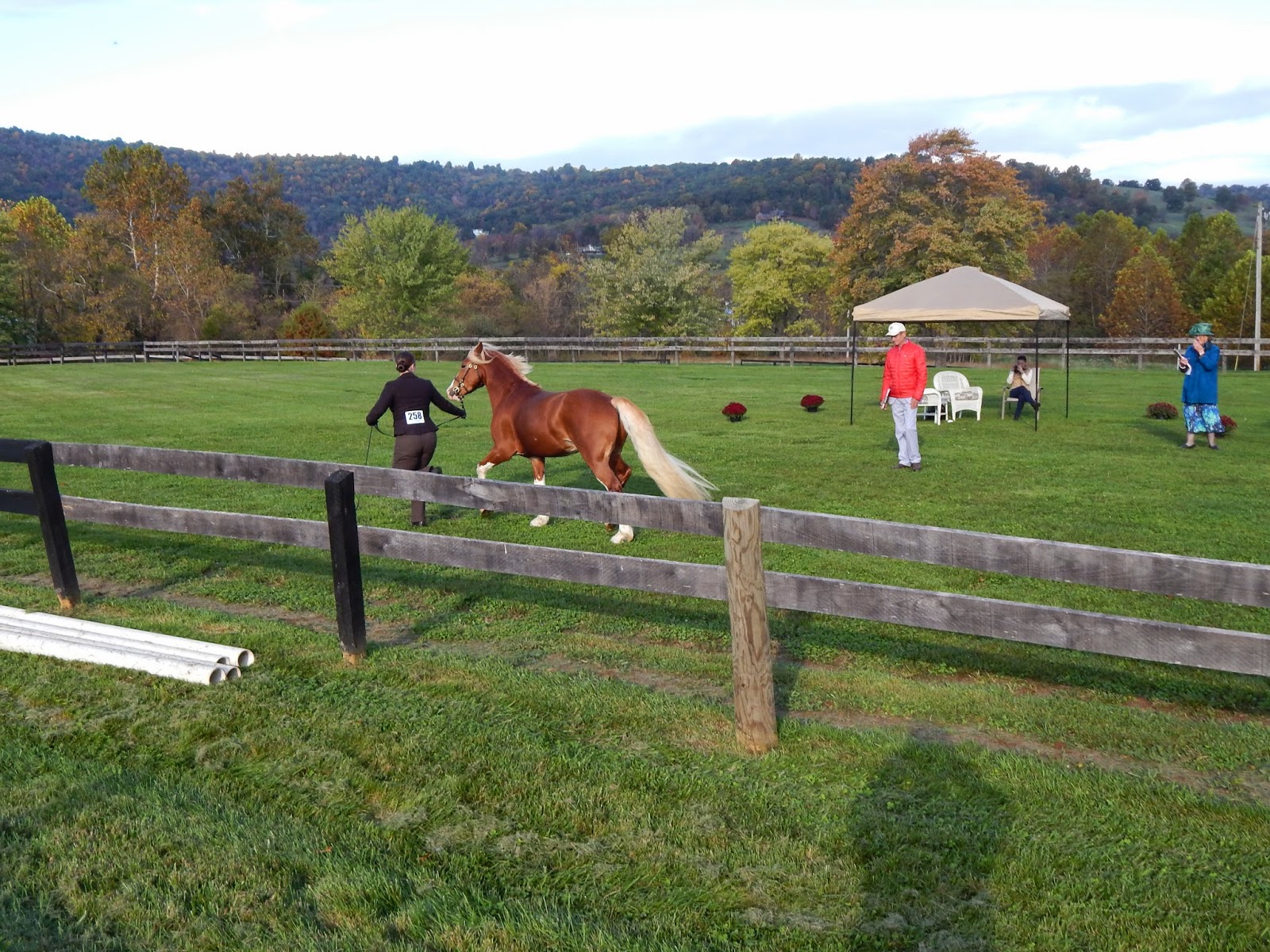 It started an hour later, woo hoo, letting us have time in the morning to get some chores done. The normal five Cobs came with somewhat normal results. Roscoe was Reserve Grand Champion under one judge and Comrade, the lone D gelding took his class.

The best part was that the breeder's daughter showed the boys for us. She was able to run enough to get them moving great. Both boys tried cantering which is a no no for the show. Surprisingly, Roscoe did not try anything funny with her, even though this is the first time she has seen him since he was 6 weeks old. 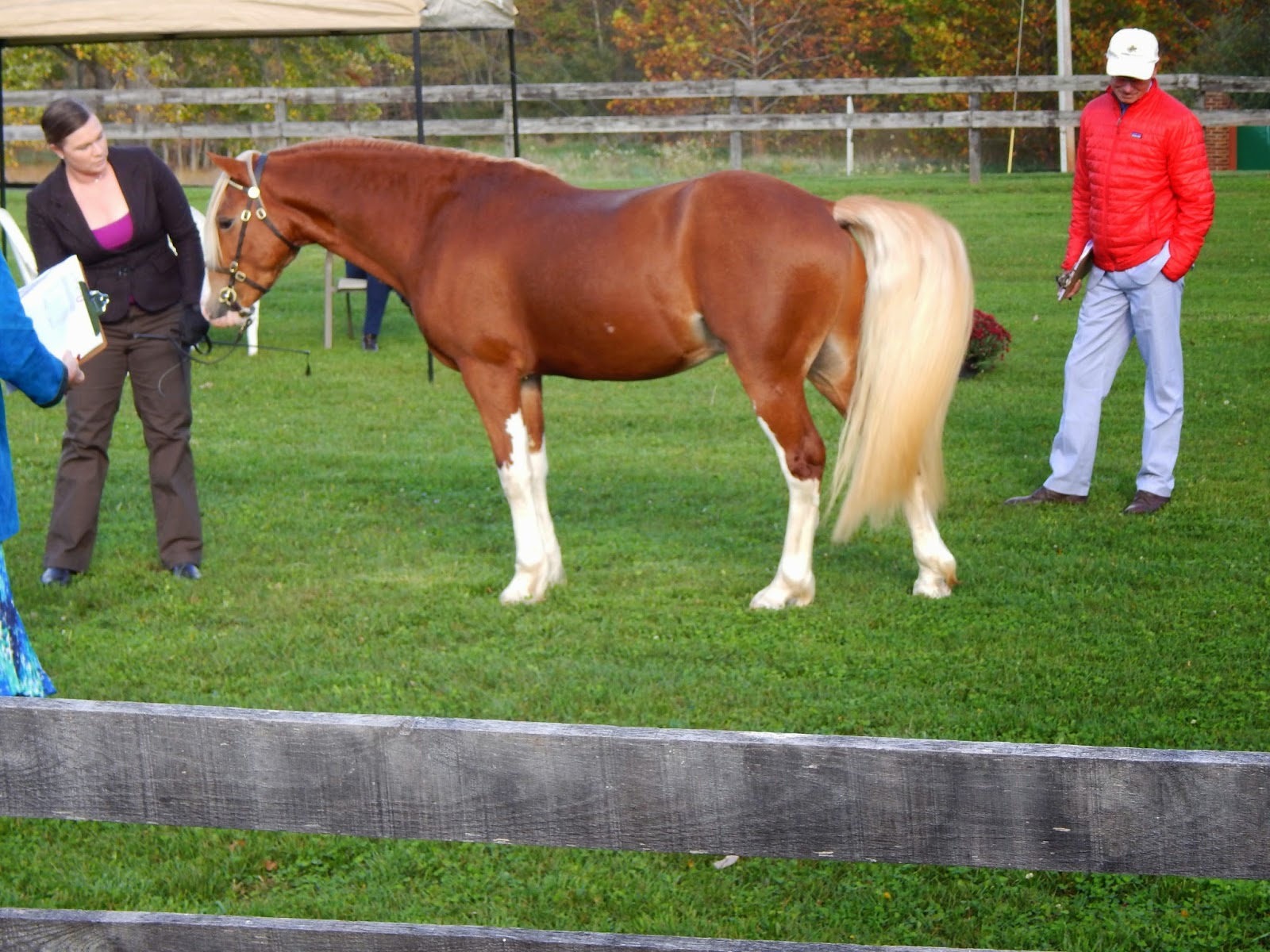 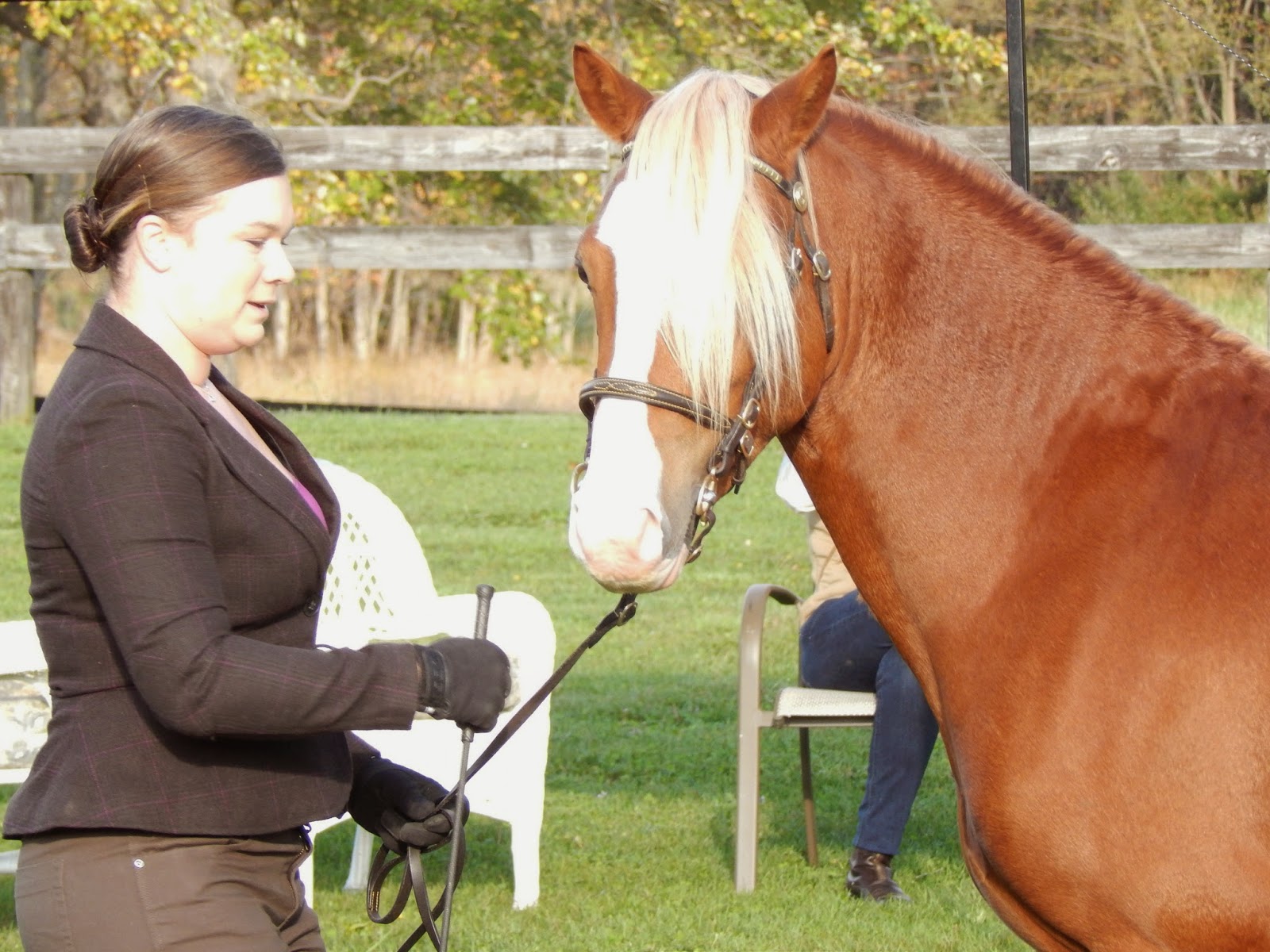 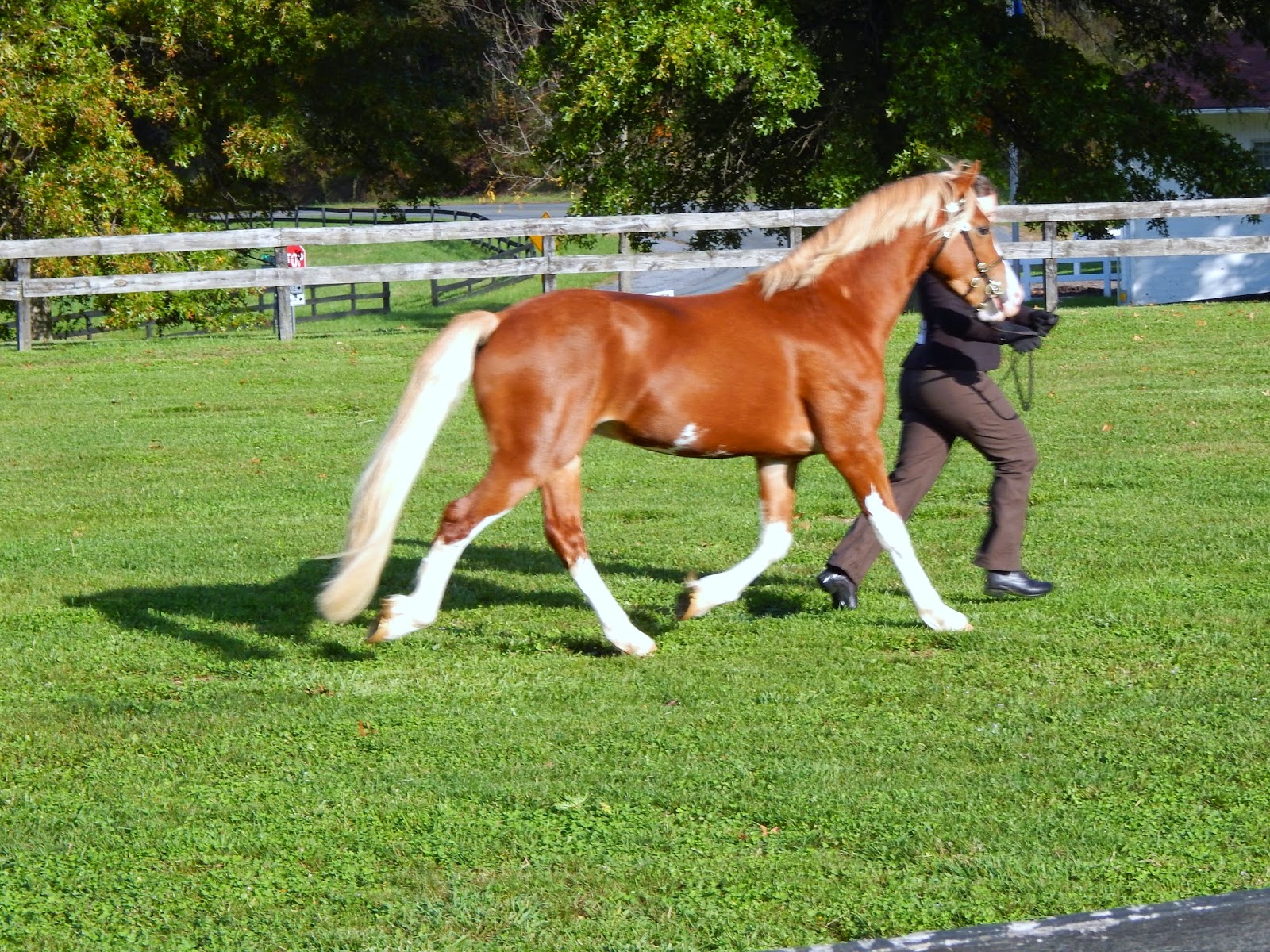 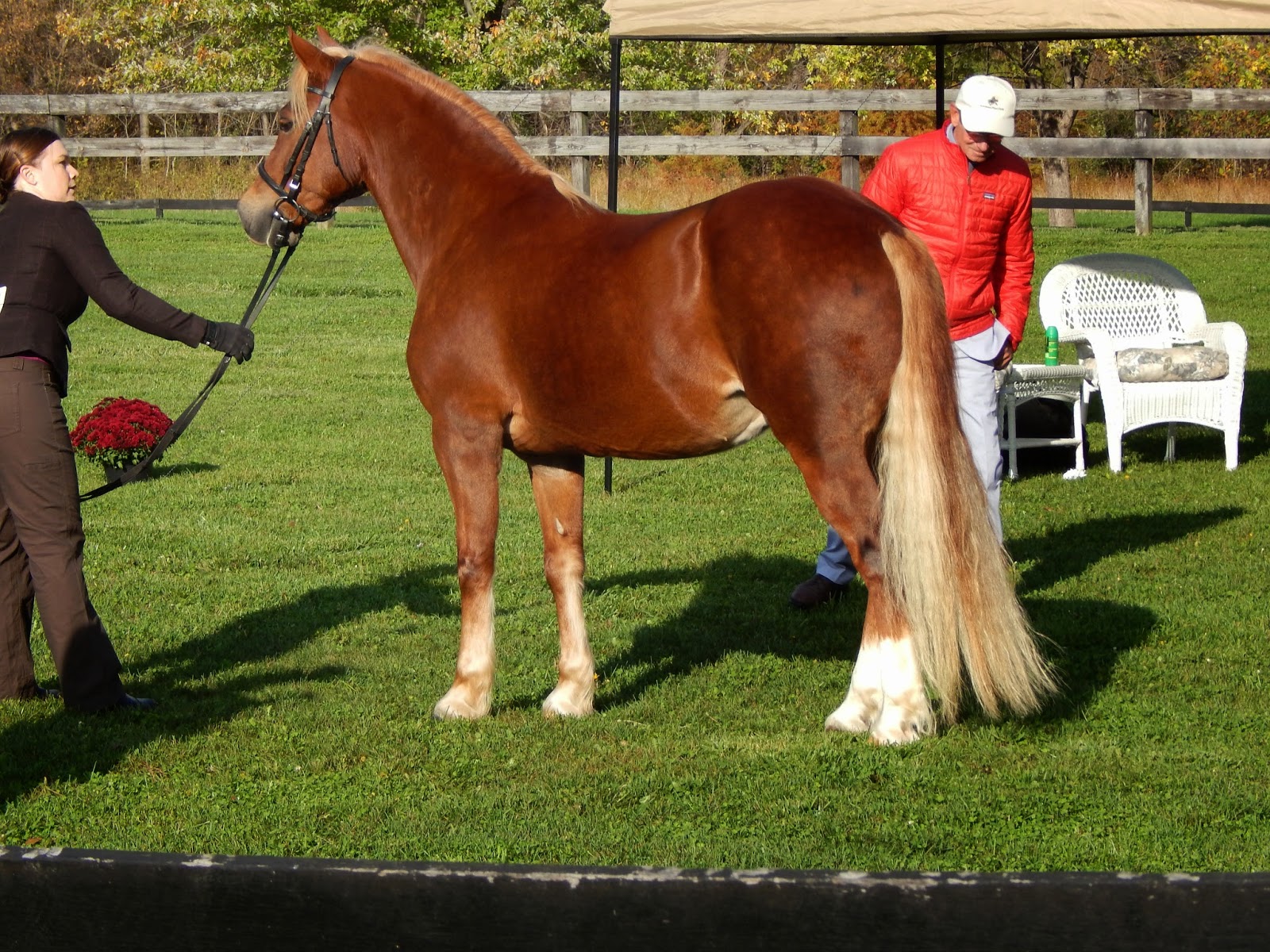 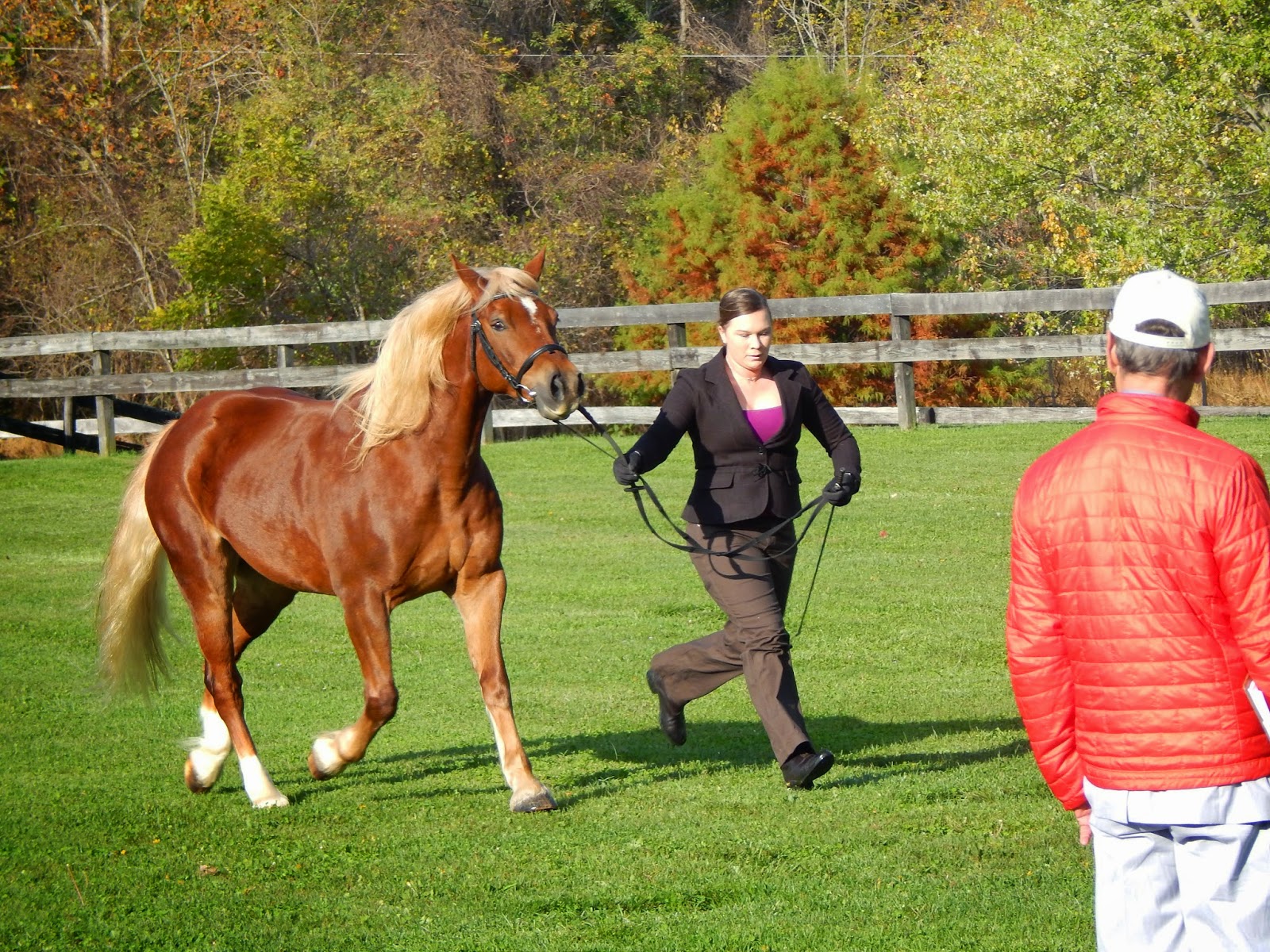 During the time between classes, the boys stayed on the trailer and we eventually hunkered down in the truck. While we sat there, Peggy and I saw one handler lay down on the ground and wiggle about to get his pony to be expressive. That was priceless. We did walk around and chat with the other welsh owners which is always fun. When we finally unloaded the boys for the last class, a couple walked up and asked to take pictures of Roscoe. They were just enjoying the show and all the ponies.
Then when we moved down to the arena, a little girl was fascinated by Roscoe. Peggy let her come and pet his head. I got him to prick his ears when they took some pictures. I love seeing kids meet horses. I moved to take pictures of Comrade's class, but was soon distracted by Roscoe relaxing with the little girls. 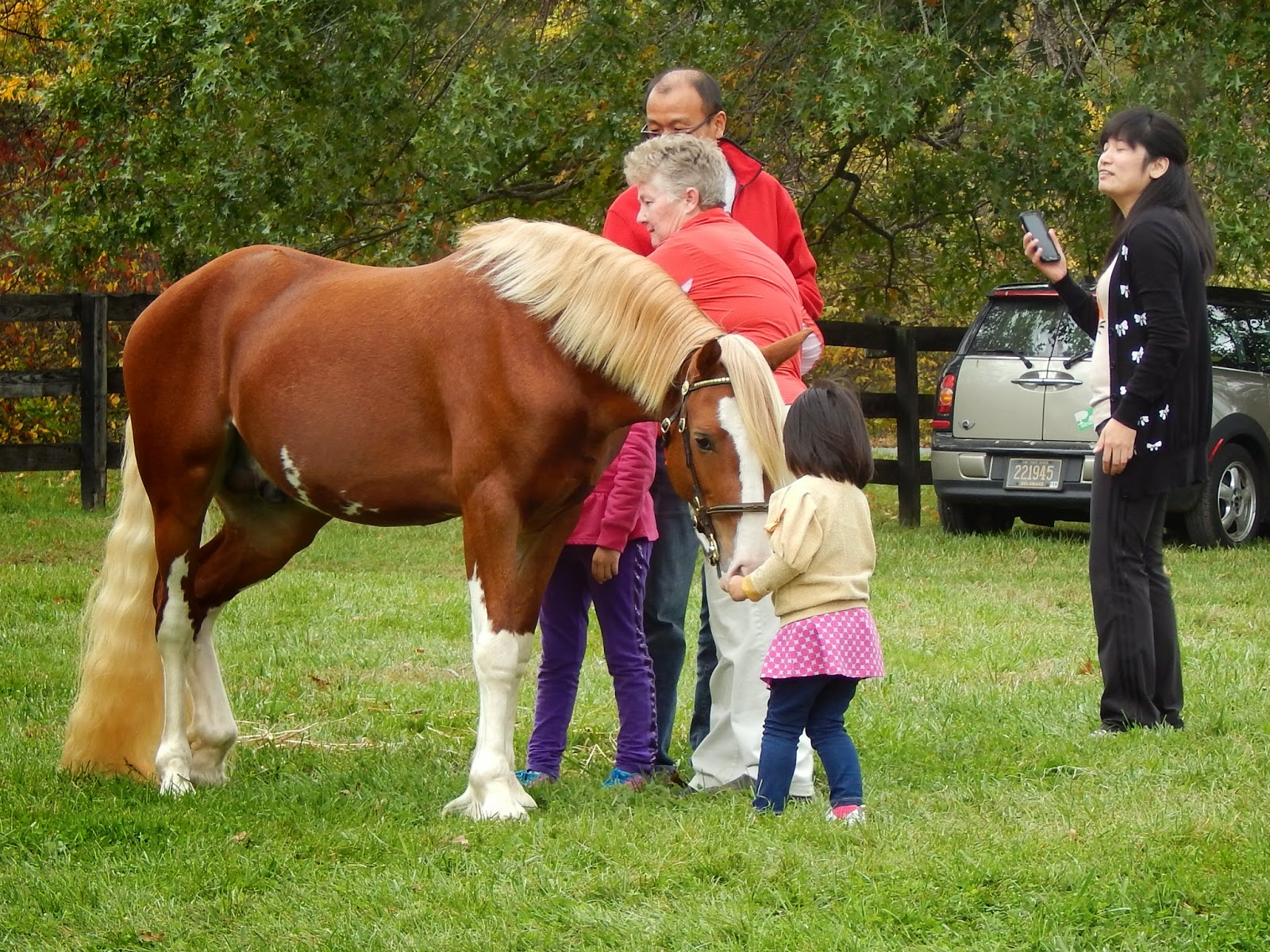 Peggy said the family was going to Skyline drive, a scenic foliage stretch, but it was too crowded. They saw the sign for the 4H Educational Center and thought that would be interesting. That is how they came to be at a Welsh Show. 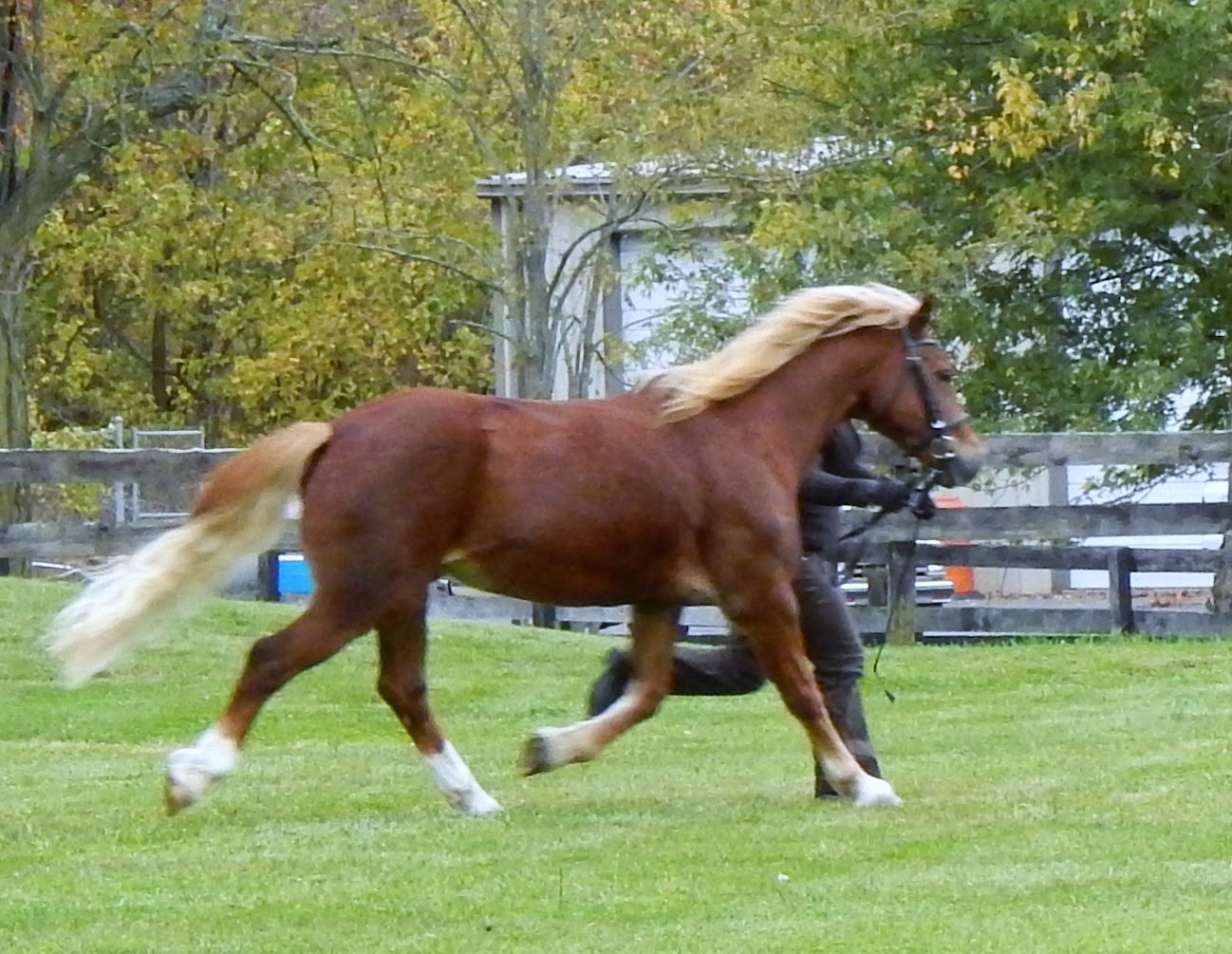 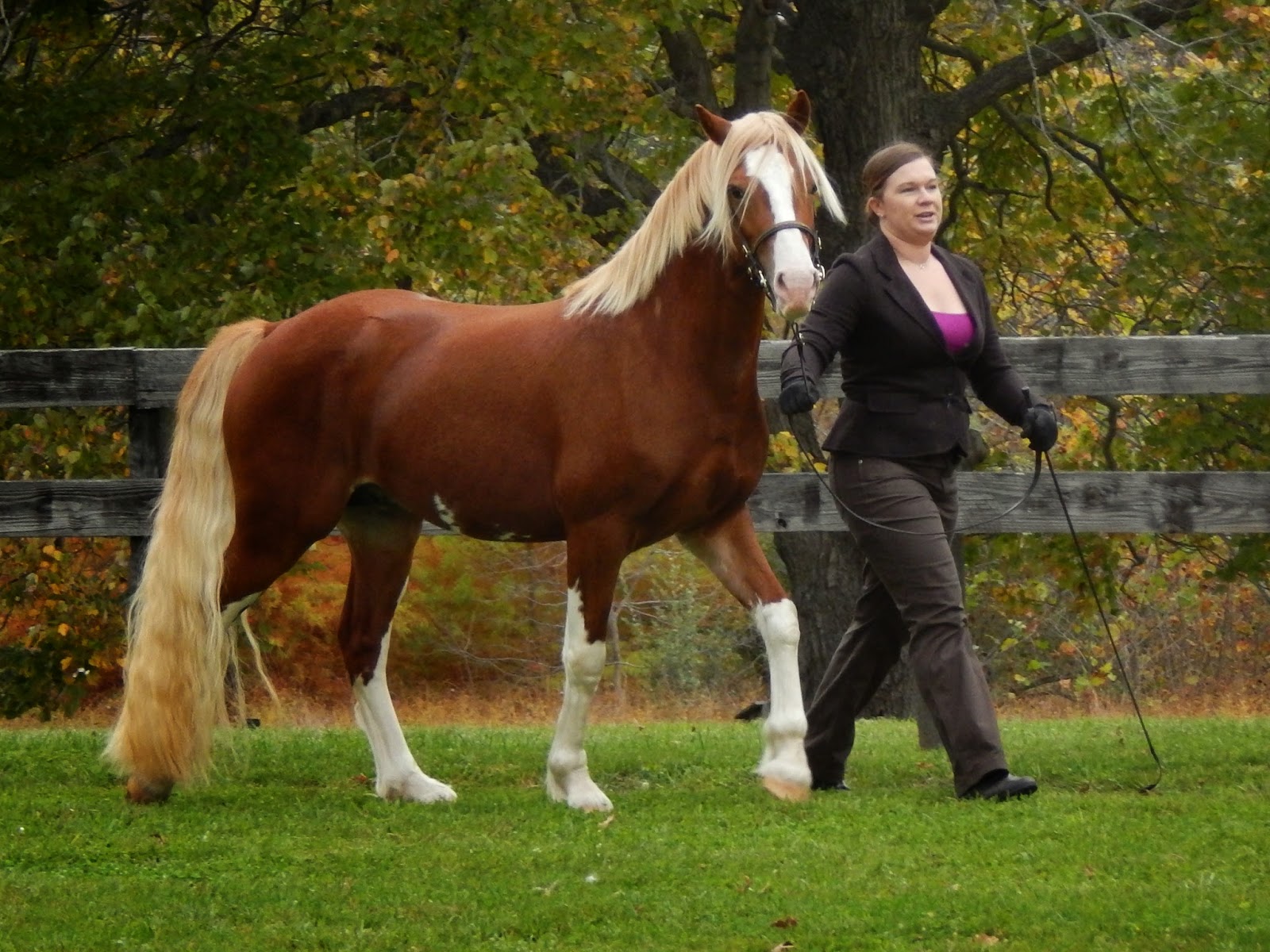 When Roscoe went in the arena, I looked over to see Comrade giving the kids pony rides one time. Then the next time he was parked out nibbling hay from their hands. Peggy and the ponies made those kids' day and brightened up the typical show day.
If two sets of tourists were not enough, one more came up to the trailer asking for directions. I guess that is what happens when you have a show during the changing of the leaves.
Posted by Nicole at 11:11 PM