I have worked enough hours recently that I had to take today off. Oh, darn I got more time with the ponies :) That means I have time to share recent pony escapades. 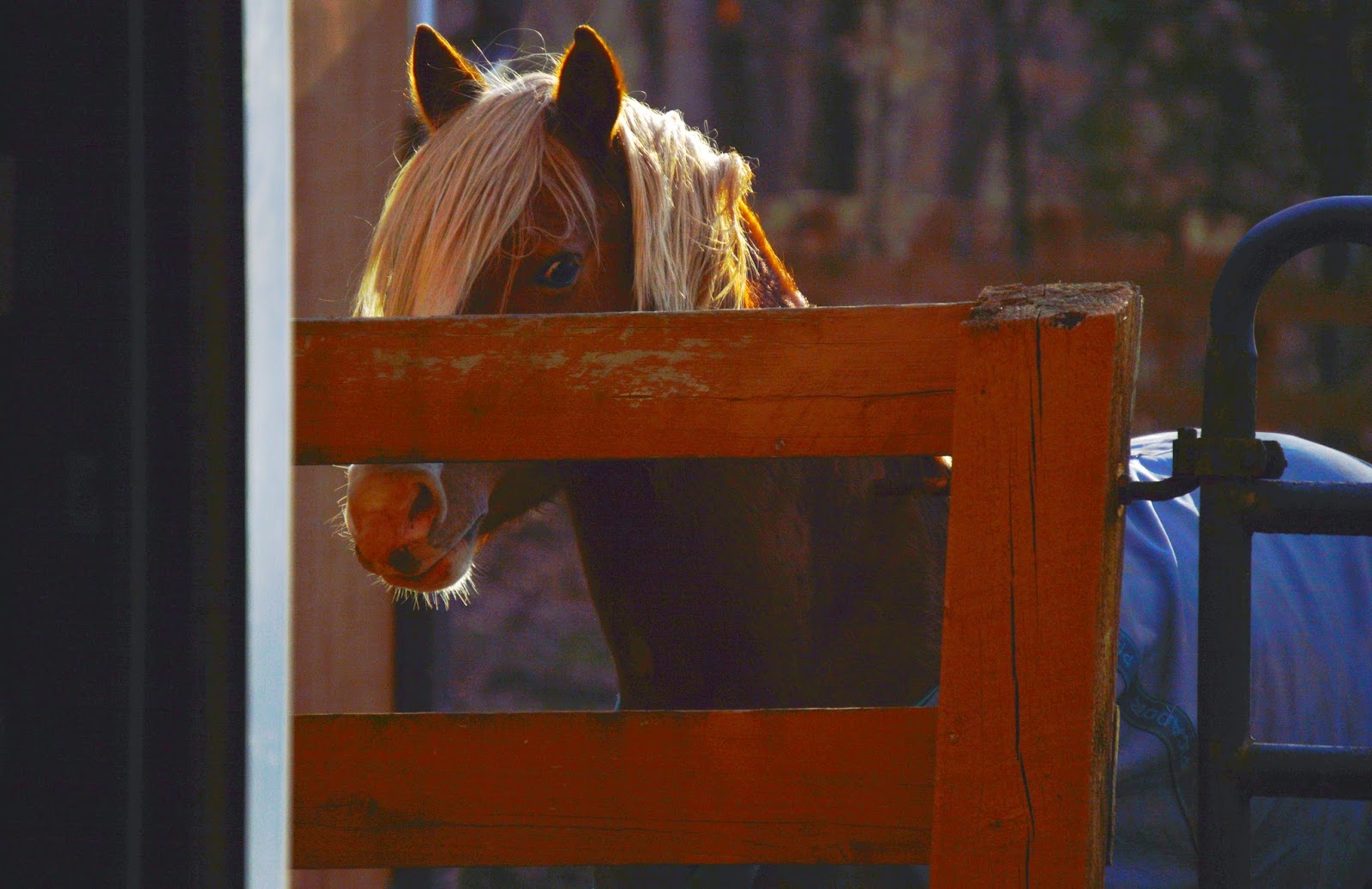 Roscoe took the next step in his driving training by pulling the PVC drag. At first he was a bit nervous, nipping at me, but soon he settled and his big walk kicked in. Once he decided the drag was not going to do anything to him, he acted like the drag was not even there. We did wide turns and tight turns where he had o push against the shafts. Even that did not phase him. I asked him to trot and he tried to just go fast. Then he went into work mode. Amazingly, I was able to ask him to trot and he did so on a circle. That means he constantly had to push the drag on the inside. For him he only cared about doing what I asked. The challenge of the drag did not supersede his purpose of following my instructions. All of us were impressed with his reaction. He needs to do the drag on the road for desensitization, but I think we can hook him to the cart pretty soon. The next day he was so satisfied mentally that I took Comrade for a ride and did not get glared at once. 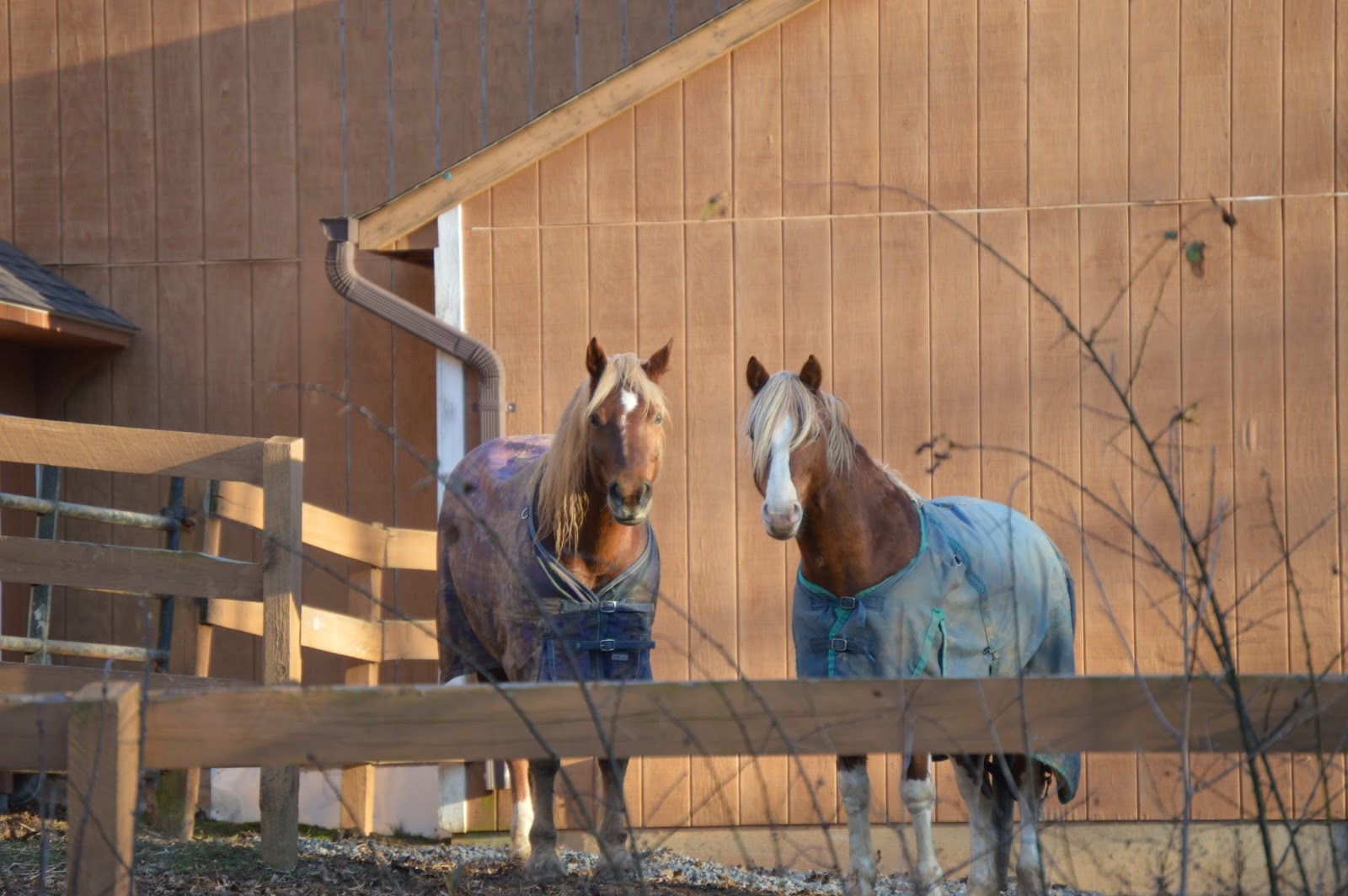 Comrade's ride was one that developed as we went along. I put him in the 3 pc snaffle to see if the boucher really had an effect. It definitely did. Comrade was heavy in the front. I added some rein backs to put him on his hind end. He did them well, but in typical Comrade fashion he started to anticipate. I asked for a halt and he would immediately back. So I gave him what he wanted, we backed. Not just a few steps. We kept backing and I threw in some curves. Heck, he was moving better backwards than forward. That evil plan came from Clinton Anderson. It paid off by lightening his front end and getting him to listen. Now that he was at that point I took a page from George Morris by doing walk to canter transitions at varied number of strides. The rein back work made his transitions much cleaner with less trot steps needed. 'They only improved after doing a few. Asking at different stride counts kept him from anticipating. Knowing he probably could not do it, I went ahead and tried a counter canter. As I made the turn Comrade said "Nope, not happening" and did a lovely simple change. He repeated the action when I went the other way. I just laughed and enjoyed his correctly done evasion.

Yesterday Comrade had another chiropractic visit. She was pleased at how he is maintaining. He had a bit of stiffness on the left side base of his neck that she worked out. The chiro work has made a big difference. Mom had her also look at Rosemary since she has had that on again, off again lameness. Surprisingly, she did not find anything major. No inflammation around the stifle, no back soreness or anything else. She did realign her pelvis though and work on her neck. They took her down to the arena so she could watch her move. Rosemary is very flashy and big in her movement, especially at liberty. After watching her move the chiropractor believes her big movement combined with the slippery mud causes her to slightly injure herself. She told us to work her, walk out on trail for the most part and do belly lifts. So today, I bundled up and put her quarter sheet on and went for a trail ride in our 20 degree weather. The ground was a bit hard causing her to be on the cautious side, but she seemed straighter and not all over the place. I look forward to warmer weather to really get a good read on her movement.

And that is the pony highlights. Time for bed, have to get up early for inventory prep at my normal store. Stay warm everyone!
Posted by Nicole at 11:41 PM