This year has been hormone filled between Dottie and Roscoe. For a bit we let Sonny service Dottie and keep her happy. Unfortunately, like a typical male he would not leave her alone when she was on the downside of a season. So we cut off her stud service.

Well she was a total nympho after that. She teased Roscoe horribly. Plus since Roscoe did not see Sonny claiming her, he figured he had a chance. I seriously worried about our shared fence lines.
So we put up hot wire insulators that stick out 5 inches and ran the wire along the meeting area. Roscoe went from twanging the wire to jumping back when it was turned on. He has a healthy respect for hot wire. One problem solved.
Then we ran into an issue with the stall door that faces the paddock. Roscoe comes in for his dinner to keep Comrade from stealing. With his hormones raging and him growing, Roscoe is like a teenage boy when it comes to food. Starving!! One day after dinner, he actually busted through the door. Dottie was locked in to eat, so while he went over and preened to her, I went and locked Rosemary inside a stall. No repeat of the Cob run around, please. Then I shooed him off Dottie, waited while he chatted with Rosemary and then walked up to him to lead him back to the stall. Yep time for a more heavy duty door clasp.
Dottie meanwhile was crazy hormonal. Flirting, teasing and also being witchy to the grey boys. She was getting hard to live with. The real sign she was desperate was when Comrade let himself out of the stall to join the grey boys and girls. Dottie attached herself to Comrade and tried to convince him he knew what to do. Poor Comrade did not know how to handle Dottie rubbing up against him and nudging him. 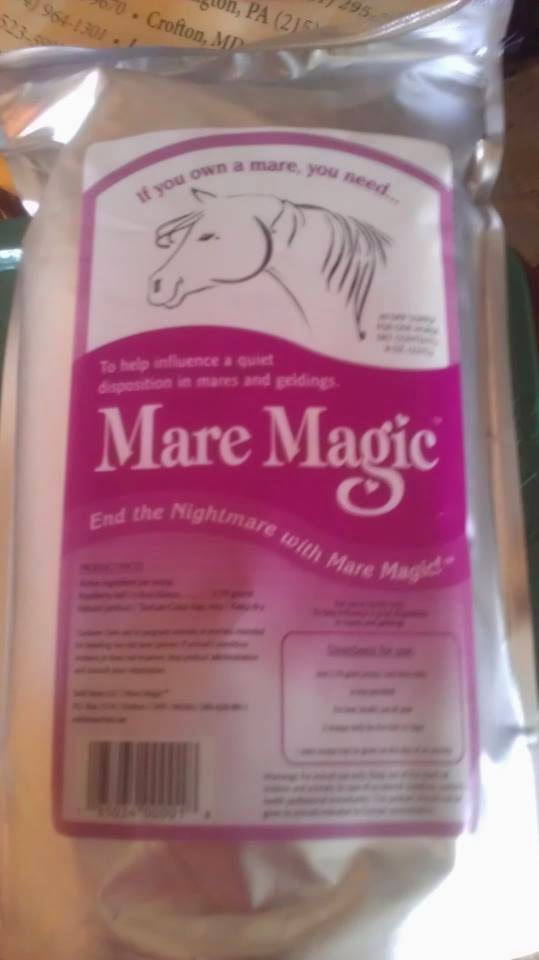 So when we went to the Dover Tent Sale, we looked at supplements. In the natural, herbal selection area they had products for mares. As we looked and read I said "Where the heck is the Nympho No More?" Of course none came out said they helped like that, but you could read between the lines. We decided to try Mare Magic, a raspberry leaf based product, costing $15 dollars for the small size (60 days). It has only been about 10 days and we have given her the load dose, but she seems calmer. The real test will be when she comes into season again next month. I really hope it works because Dottie has lost muscle and weight since she has been dealing with all these hormones. Though I told Mom she should have awesome butt muscles from all the squatting she does. 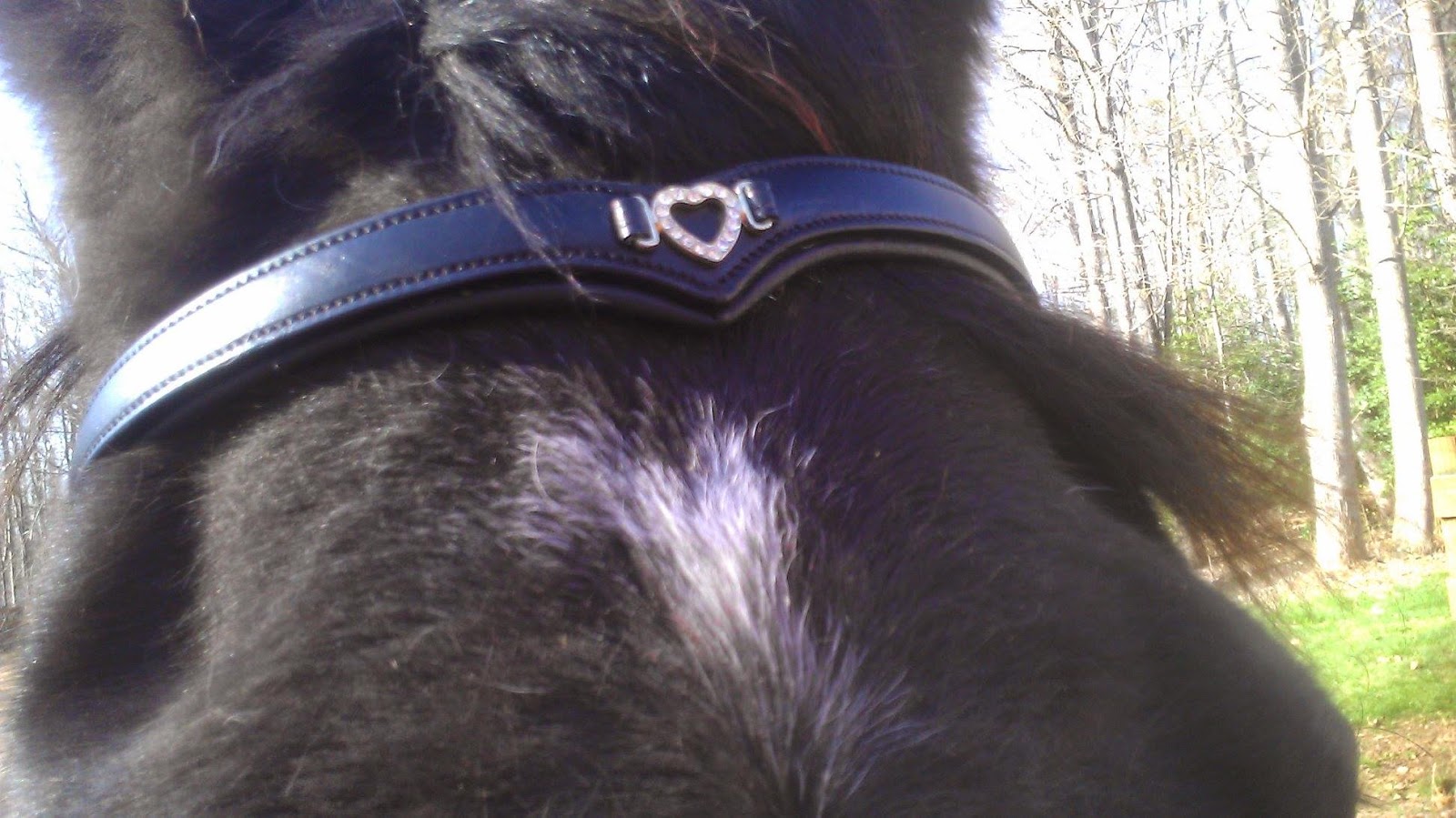 Dottie also got a new brow band with a widow's peak and rhinestone heart on it from Peggy. The big girl had a spring in her step wearing her new tack. A friend said the right clothes make a girl feel sexy. All of us responded that Dottie needed no help in that department.
Posted by Nicole at 9:57 PM