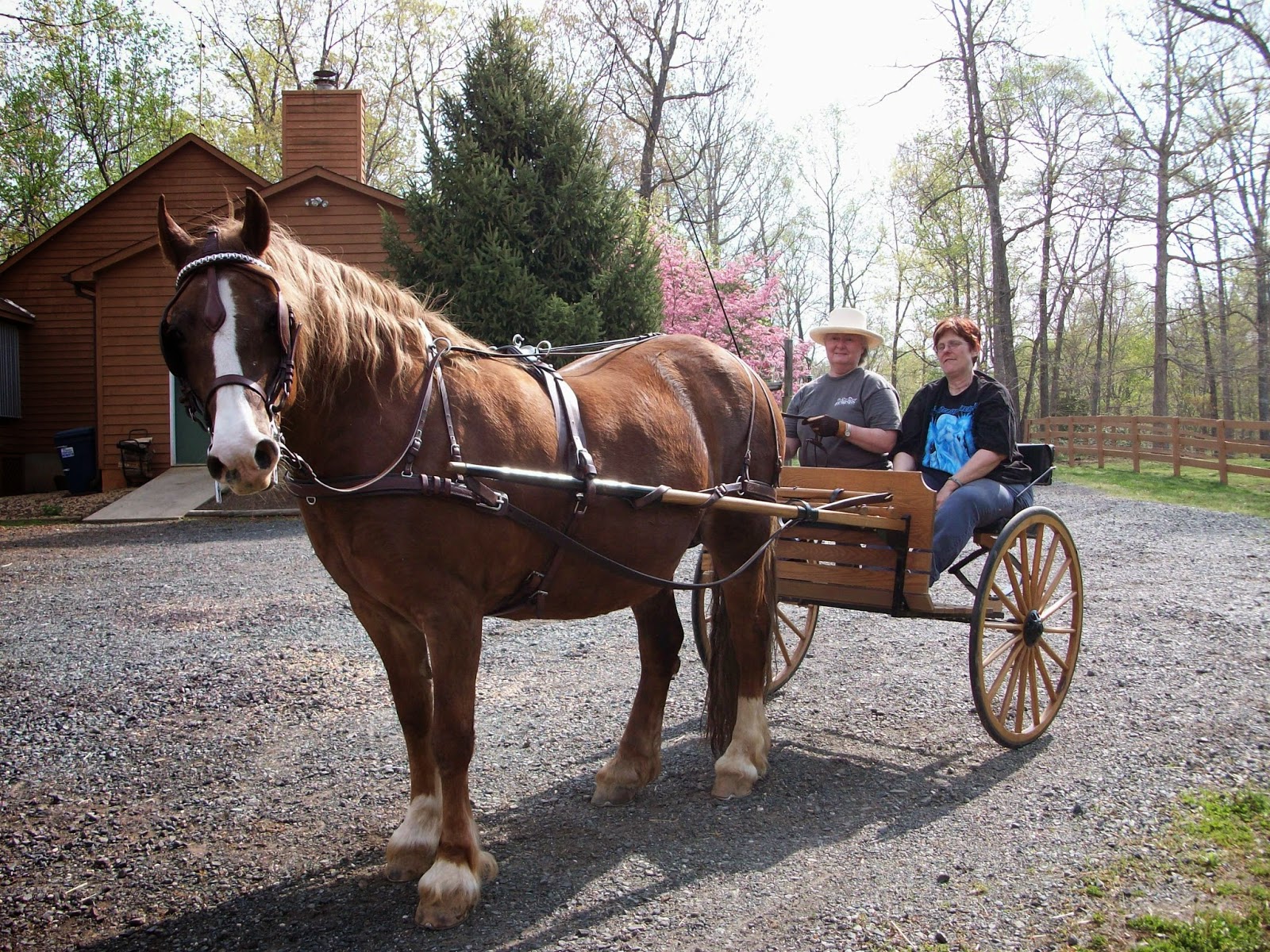 My birthday was Saturday and it was a tough one. It was not because I gained another year, but that a horse I know never would again.
Friday evening at work I received a call from Peggy saying she had bad news, Comrade can't go to the show next weekend. My mind races trying to figure out why. Well it seems her Cob mare Addie came down with a virus and was running a 103 degree temperature. With incubation periods of 10-14 days we could not chance bringing him around other horses. To say I was bummed would be an understatement. I also was worried about what Addie had and how she was doing. While on the phone Peggy mentioned she seemed a bit more aware and wanting to move. Plus she wanted more mouthwash bathing. Peggy's substitute for alcohol to help cool her off. I did not hear anything else Friday about the situation. I figured I would see them all on Saturday. 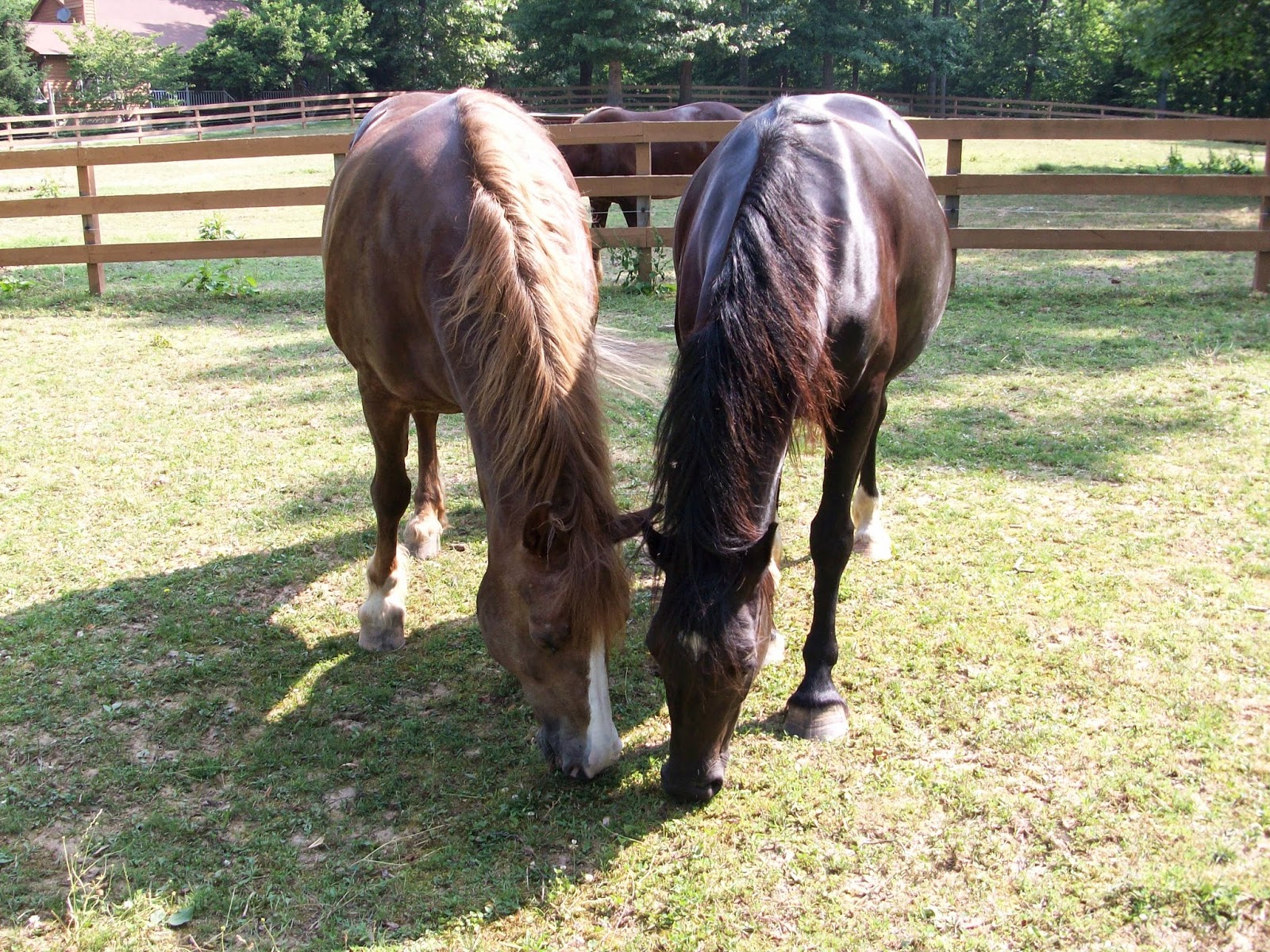 Well about 730am on Saturday, Mom's cell phone rang. At first I thought it might be the vet, who never called to reschedule Roscoe's wolf teeth removal, but it ended up being Peggy. A very upset, grieving Peggy. My heart dropped and when Mom knocked on my door I was worried. She said "Addie passed away. They found her dead in the stall this morning." Worst birthday ever.
As I cried in my room and pondered "Why???" I sent the notification to Roscoe's breeder. She helped Peggy connect with Addie's owner when she was looking for a older horse and she had handled Addie at some shows. I was also so happy that I took that vacation day on Wednesday, because the last thing I did at Peggy's was give Addie some neck stretches and hugs. If I had gone to work after finding out he dentist was not coming, I would have missed seeing her one last time. 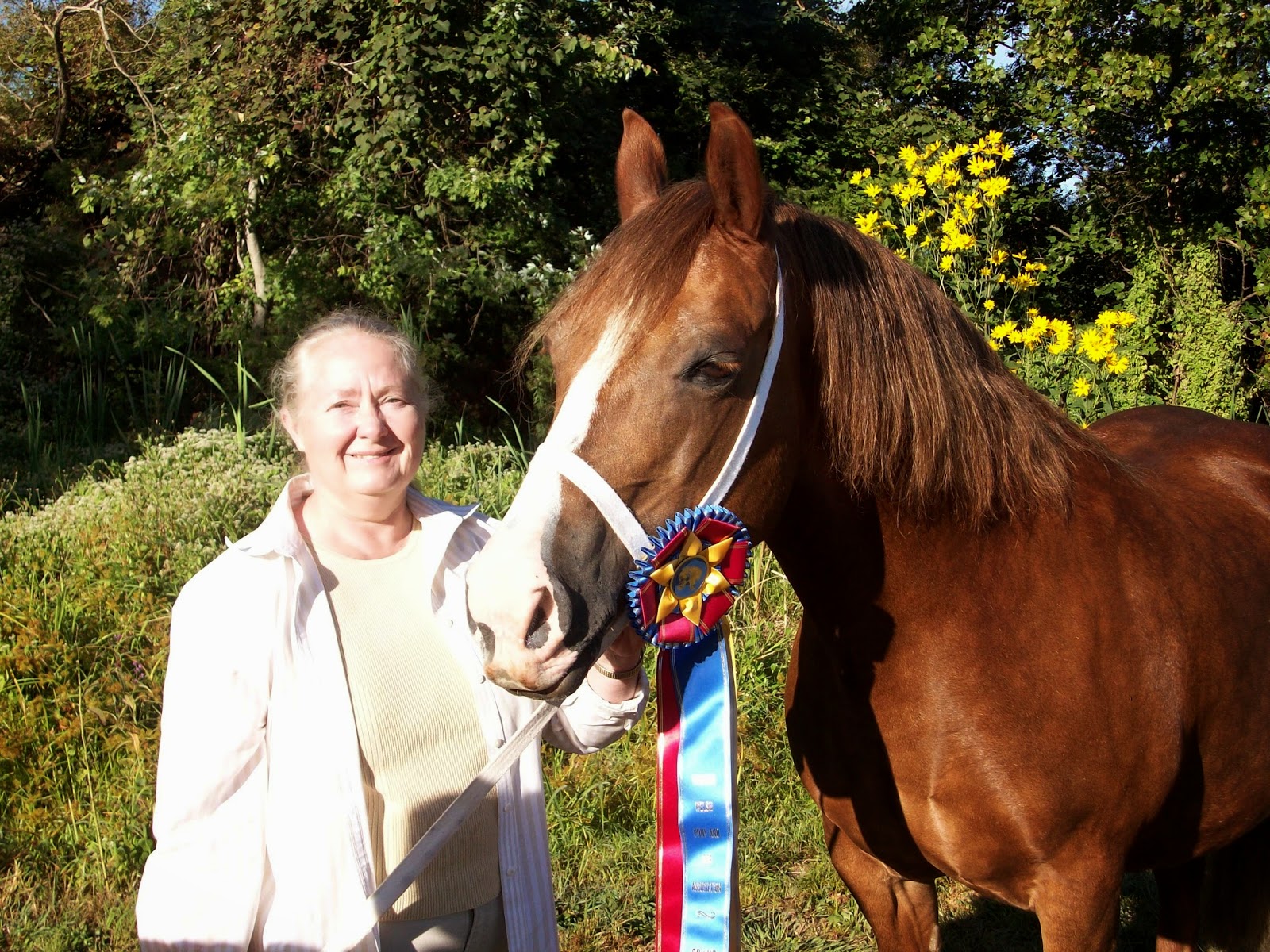 I decided to write a post for her on Facebook with some of the pictures I have of her. Addie was special and it took me time to find the right words, but Peggy liked what I came up with so I am glad.


Our friends lost their wonderful, Welsh D Mare Addie (Minyffordd Maid of Adfa). She taught us to drive, helped Rosemary through pregnancy and birth and taught Roscoe some manners. She was a champion in hand, and opinionated under saddle, but was always up for a trail ride. She was an adventure that always surprised. Addie will be sorely missed after touching us all during the 6 years she was here with us. Rest in Peace, beautiful Addie.
It made us all feel great to see the response from other's. She was remembered beyond our family and friends. I even got a message from her previous owner, who I have never talked to. She imported Addie as a yearling, I believe, from Wales and had her for 14yrs. 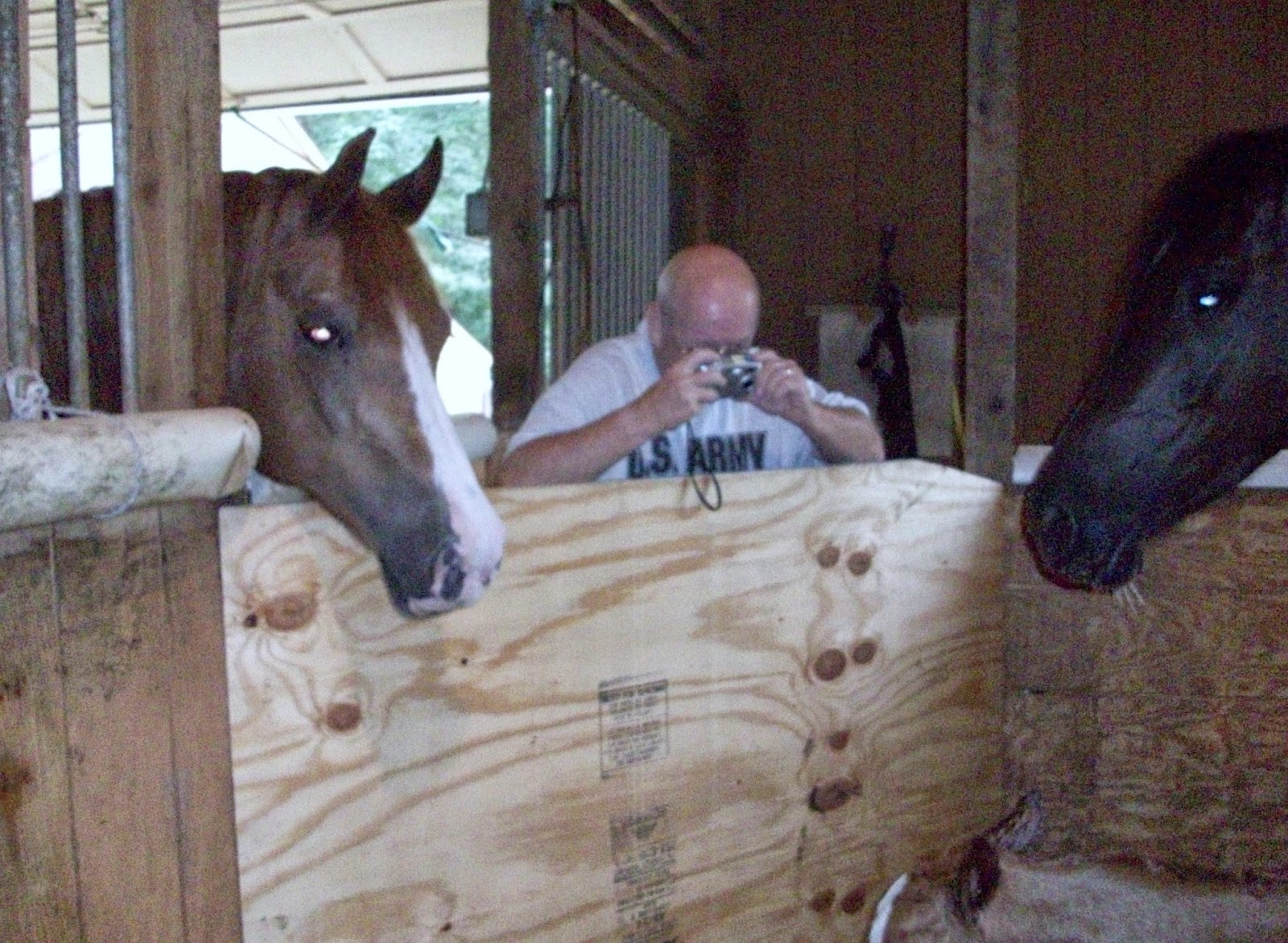 Addie had a striking head that I absolutely loved. It was not the pony type that Comrade has nor the more elegant that Rosemary has, but it was stunning. That head carried the brain of an opinionated mare that knew what she liked. And that was not arena work. One of the first times I rode her, she laid down. Her round tummy saved my legs, so I stepped off. She also took off in harness once with Peggy and my Dad on a picnic drive. She had to be driven into a briar patch to be stopped. They all came home bloody. On the other hand, Peggy could put raw beginners on her for a trail ride and she would take care of them. She also supported Rosemary during the last months of her pregnancy and when she went into labor. After keeping watch all day, we found her laying down on the cement aisle way in the evening, tired. With baby Roscoe she was so polite to Rosemary and avoided him. When he persisted in coming near her, she made sure he was not too forward and sent him back to Rosemary. 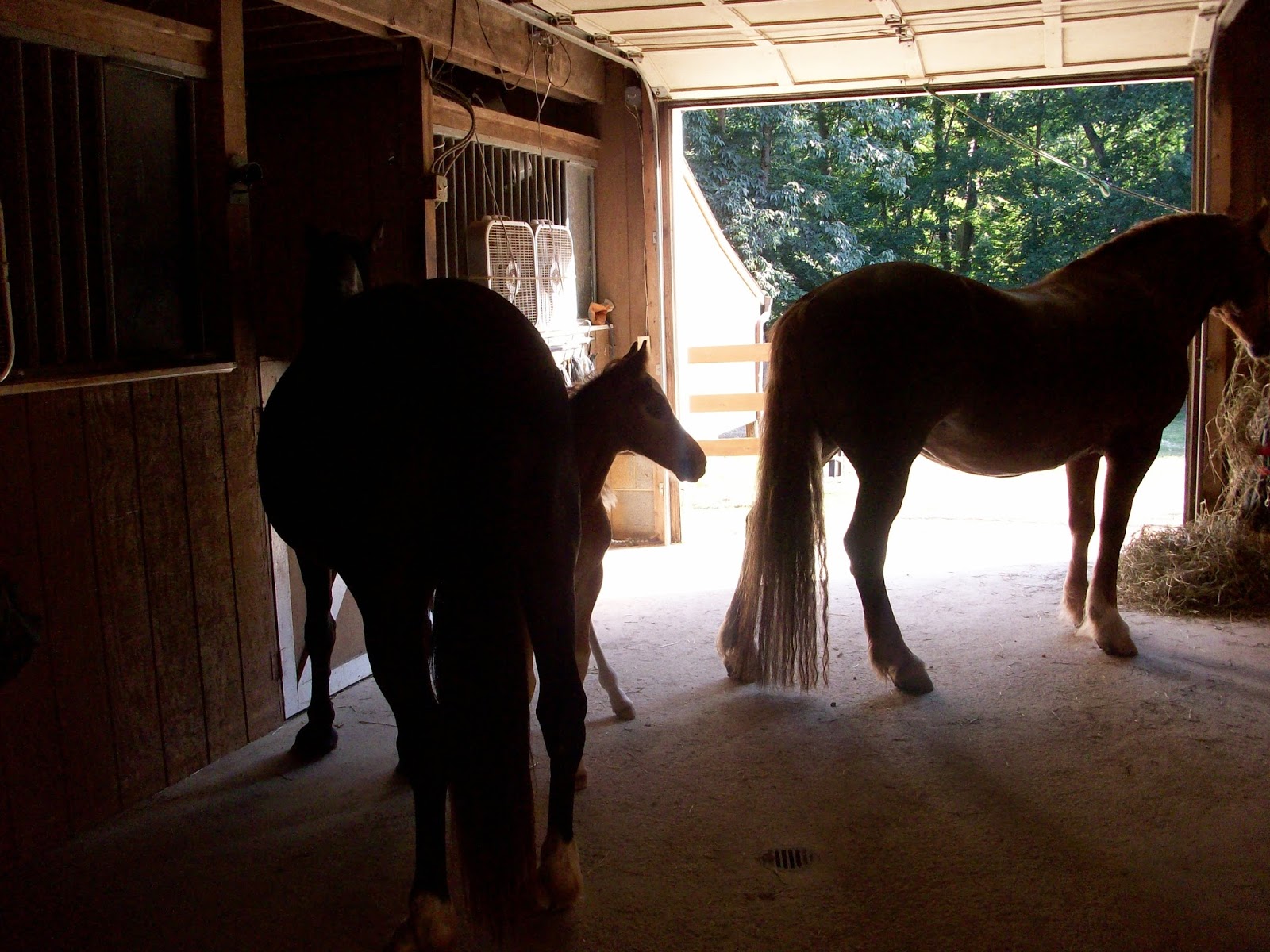 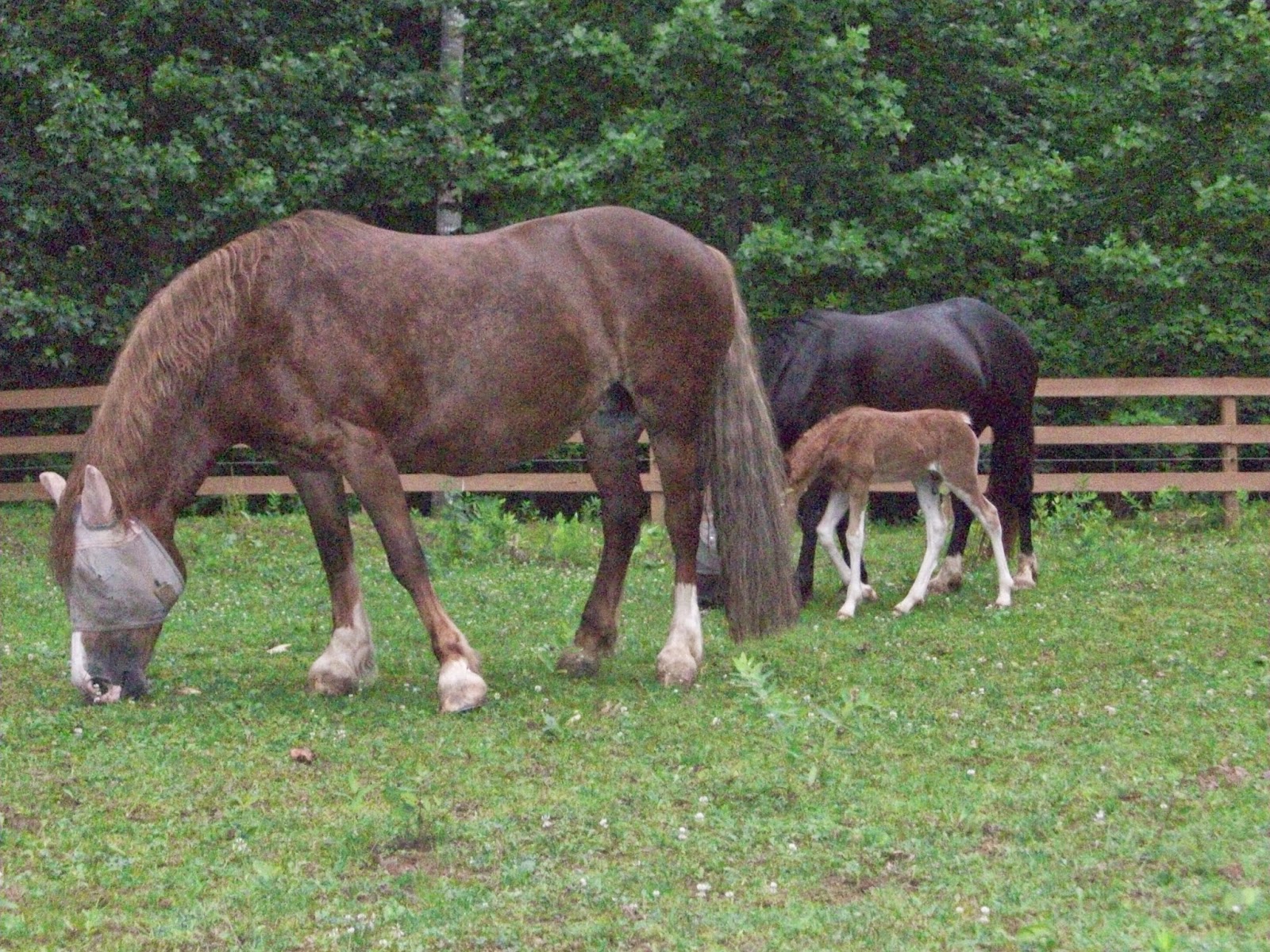 In recent months she was my trail buddy and we even played over some jumps. She had been more active and looking to work as the weather got better. She showed us all what a truly awesome driving pony is suppose to feel like and taught us to have soft hands. Peggy and Larry gave her the best 6 years where she was the Queen of their barn. Addie got to roam the barn and back paddocks as she wished. She truly discovered that she was loved and worthwhile. The barn did not feel right today as I walked in. Her halter was there and her pink fly mask, but the steady presence was missing.
Our small consolation was that it looked like she literally fell over dead. Larry said there was even hay still in her mouth. If she was eating, she must have felt better. But due to the circumstances, they had to send her to the state lab to find out what happened. Hopefully tomorrow they will have some news.
So now we wait. And as I gained my year, Addie will forever be 21 years old. 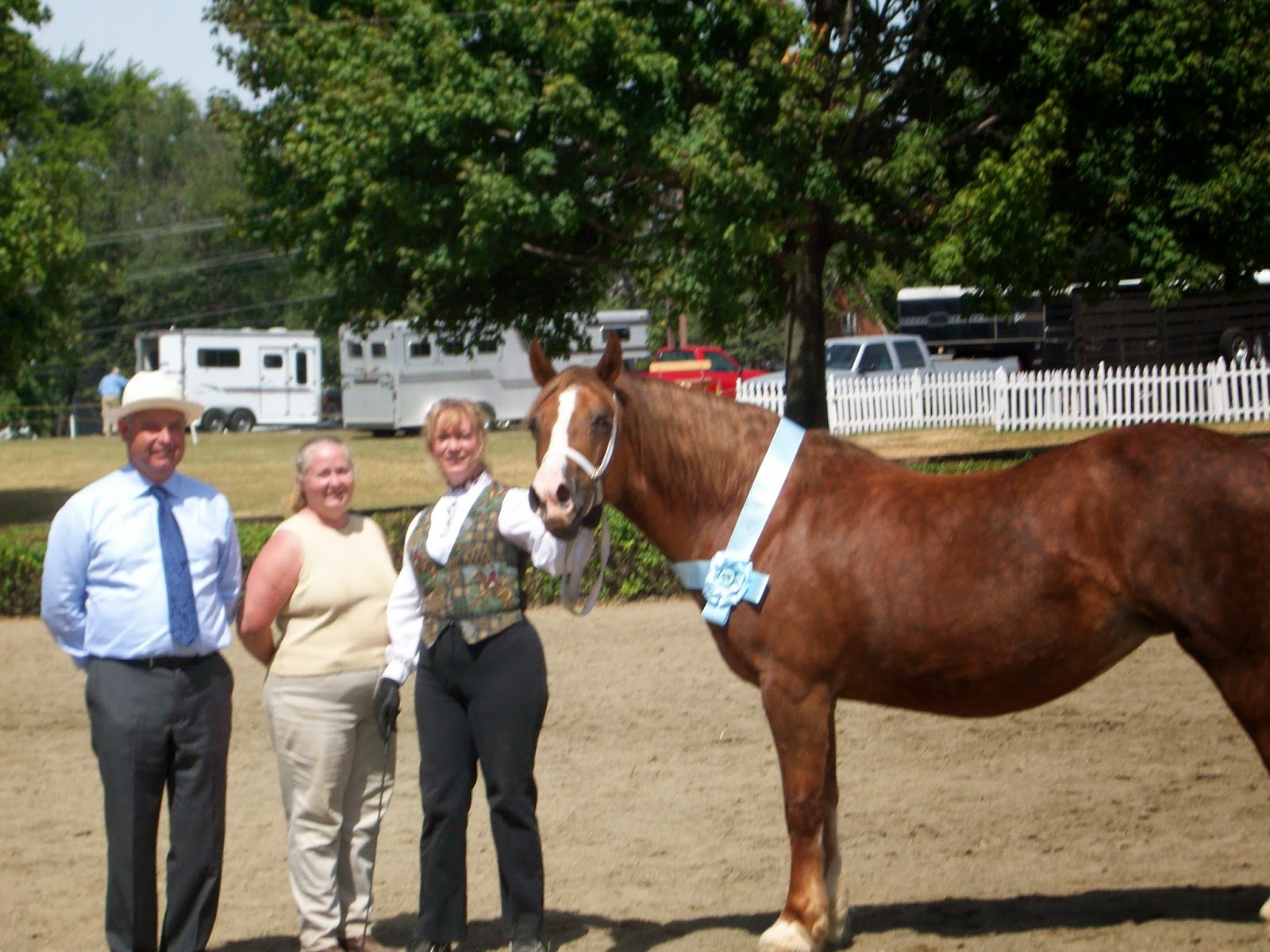 Email ThisBlogThis!Share to TwitterShare to FacebookShare to Pinterest
Labels: Addie