Halt, Rein Back and Canter

So before I went to the doctors and got trussed up in this massive splint, I got a few rides in. Once on Rosemary and twice on Comrade.

Rosemary I ended up riding bareback and bit less because her bit was off her bridle and I had no time to put in on. I looked at the bosal and figured what the heck. First thing I did was flex her laterally, to make sure I had bend. With only one point where the reins meet, I had to be sure. To the right she was fine. To the left she had to think about it, but gave the right answer. It turned into a fun ride using round bales to circle around. She of course thought they were there to eat.

My Comrade ride was suppose to be an easy, go through the paces type of ride. Instead he gave me a really great trot. At times he got heavy, which made me play with rein back. He responded really well and only got a little crooked. So I upped the challenge and asked him to trot out of the rein back. Comrade seemed to laugh and say "is that all?" 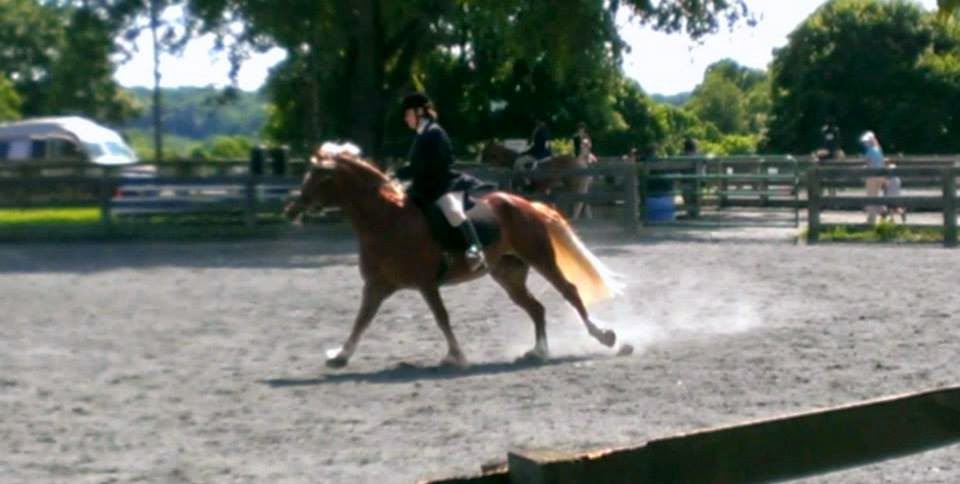 Considering he had issues moving forward when I said, I started asking for canter. I did not care about the lead, I just wanted him to rock back and canter forward. You know what? He did wonderful and even picked up his right lead most of the time. The rein back was enough to set him back and get the push he needed. The canter it produced reflected the transition. To give him a break I would ask him to open his stride on the long sides then he had to balance himself on the short end. My hand was throbbing, but he was being so good I kept going. By the end I did not have to rein back to get him to sit and push off his butt into canter. A slight lift of the reins, then a swing of my seat with leg support and he was off. Totally worth my sore hand after.

Now I get to think about it until I can ride with contact again. It will be a long couple weeks.
Posted by Nicole at 7:20 PM

Email ThisBlogThis!Share to TwitterShare to FacebookShare to Pinterest
Labels: bosal, forward, rein back