So first up are the final guesses for the foal pools. I am just showing the dates, so that the final winners will be a surprise. And no my guesses do not count. Bring on the babies!!! 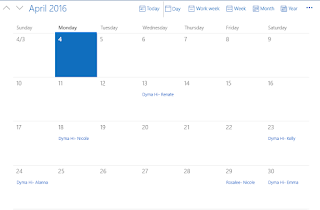 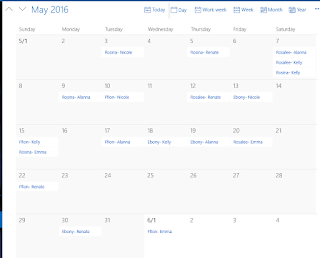 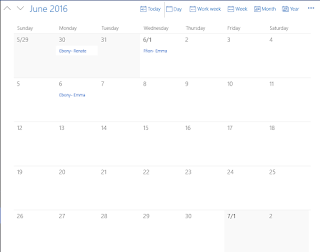 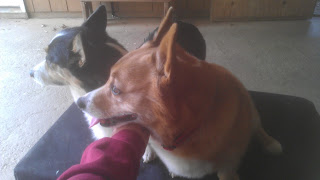 Next Deliah had her acupuncture appointment today and was joined by Griffyn and Comrade. Griffyn actually saw the big cube she uses and jumped right up, so he went first. He has a ton of sore muscles in the rib cage area from compensating for the rear end. Today he let her work a fair amount in some of his worst spots. Griffyn even got one acupuncture needle to help with rear end pain. She believes he might need some herbal remedy to help with his body pain for a more consistent relief. He happily jumped off when she finished. Then Deliah took her turn. She did some touching to get a feel for her hot spots before starting the acupuncture. As a way to ease into the painful spots and get some endorphins flowing, began placing the needles at the rear and neck. Then she started on the sore muscles around the damaged disc. Deliah gave her hurt eyes when they first went in, but soon started to relax. My little pin cushion resembled a stegosaurus. Afterward she crashed in her cage, probably zonked from the endorphin release. She will have another session in two weeks. 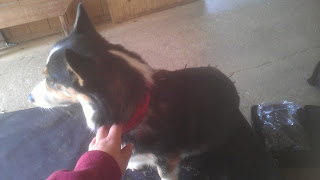 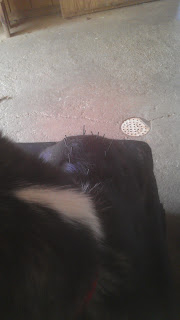 Rounding out the visit was Comrade. I was surprised when she did a tongue pull on both sides. She explained that they have found that the tongue serves as a back door to the rest of the neck muscles. Soften the tongue and it helps with the rest. I can't wait till my hand is better and I can try it on Dottie. Anyway, she felt he was not too bad. We worried with Roscoe jumping on him more recently his hind end would show some tension. Fortunately, that was not the case. She used a little tool to scratch along the meridians and detect any points needing attention. He was slightly reactive at two points along the back and the the top of his butt. She placed needles at each and immediately we saw Comrade relax and wiggle his lips. Some horses can't handle the opening of the flow, but he definitely enjoyed it. Back in turnout, he looked so much looser already.