Admidst the crazy of inventory, I saw the ad on Facebook showing the Adult Dressage Camp being held during two weekends at Sprieser Sporthorse. I guess some of the month's crazy rubbed off on me because I signed up even though I have not ridden much. I could not resist the price though. 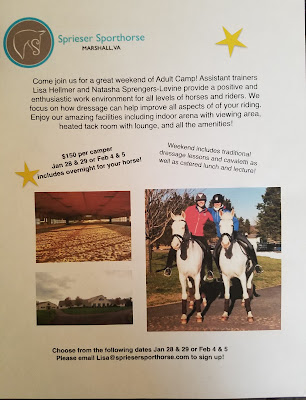 Sprieser Sporthorse is mostly known for Lauren (in FL for winter) who writes on COTH, but she also has two assistent trainers who also give lessons. They have been on my short list to take lessons from since their lesson rates are reasonable at $55. The farm is about a 45 minute drive and they have an online scheduler. So when I saw that the dressage camp would consist of 2 private lessons and either another private or a group cavaletti lesson, plus a catered lunch w/speaker and an overnight stall for $150, I had to go for it. 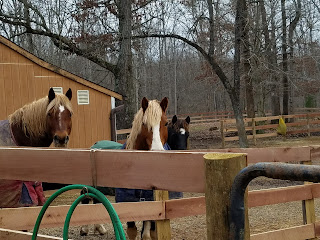 I contacted them for the camp registration and asked if stallions were allowed. Once I told her that Roscoe behaves and is just a little guy, I got the okay to bring him. It was a tough choice as to who would go. My first choice was actually Rosemary. She has been really working well and I am not feeling the hind end weakness she dealt with last year. Comrade was my second choice as my most consistent horse. Roscoe was a hope, but since he is getting over that dang cold I was not sure if he can do three lessons. But he is the one I need the most help with and he will be the one going to camp. I did choose the cavaletti option to give him a little bit of a break. Plus what eventer is going to say no to any kind of raised poles :) 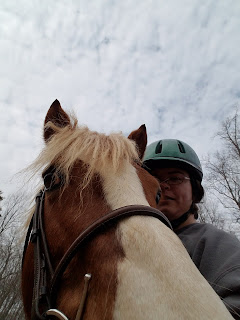 Now I have to dig up my Pegasus boots for him to wear during the cavaletti and my polos for him to wear during the two privates. Hopefully he will let me wrap him and that I will have a chance to try before we go. I don't normally use supportive gear except for jumping, but this will be a tough weekend and I want him to have it. I thought about clipping him, but he does not sweat as bad as Rosemary. He is still pretty sluggish, but he will be off the SMZ's for about a week before we go. I am hoping the energy of being at a new place will help him. 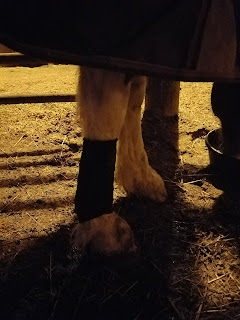 This will be a trial run to see if we click with these instructors. Then maybe I can do a lesson a month and move my ponies along. I have all those dressage tests to get ready for after all. Ah, let the countdown begin. D- Day is Feb 4th.
Call me crazy because I will have only had 4 days off since the start of January when we go and I have been on the back of a horse about the same amount. My main goal will be getting experience riding away from home and hopefully remembering it. I may even resemble a zombie since the day starts at 8am both days and I ride first on Sunday. The good news is they allow auditors, so Mom and Peggy can come and they will have a photographer. 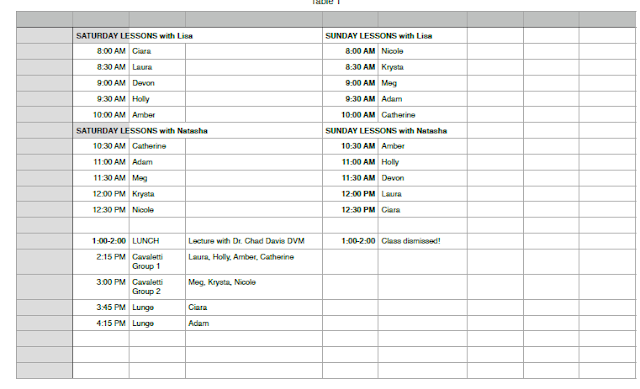