The Loss of All Heart

Those of you who follow me on Facebook and Instagram know what is coming. This morning as I left for work I grimaced at the drop in temperature. The horses were naked due to the warm weather last evening. I immediately thought of Winston who hates to be cold. 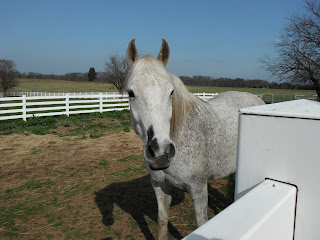 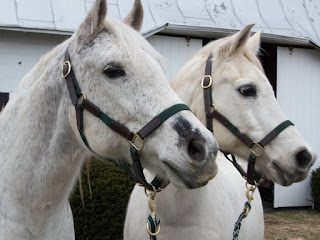 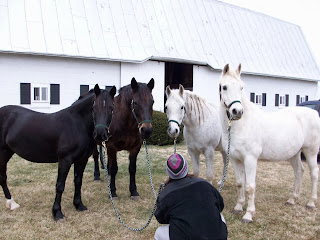 Then almost three hours later, Mom called and said it was bad. Larry found Winston down and rolling covered in sweat. He got him up and put a cooler on before starting laps while Peggy called the vet. Mom and my sister already on the way, floored it. My Mom's voice warned me this one was not one she thought would end well. I told my boss I had to leave and headed out. Nearly there, my sister called and said the vet confirmed it was not good. It looked to be a colic similar to Sherman's, a strangulation colic. Either caused by bands or fatty lympomas. The vet was not ready to give up yet and proceeded to pump fluids into him.
Unfortunately, as the sedation wore off his pain returned and not his gut movement. The vet said he was stoic and that settled our decision. One more palpation confirmed he was not improving.
After 11 years we were losing Omnis Cor (All Heart), with everyone who welcomed him into the herd around him. Roscoe stood sentinel at the fence line, giving Winston and us his strength. Of course even at the end he was a challenge. We wanted him to lay down, after hours of telling him not to, so he stood firm. When most horses fall back, he came forward knocking the vet down. Winston always did have his own style. DaVinci was really upset so the vet told us to let the horses say goodbye. Rosemary breathed into his nose, then moved down his body. DaVinci too touched his face and legs, but added a squeal. I don't think he appreciated being left in charge of the girls. DaVinci thought hard about leaving Winston. He wanted to stand by him, but soon followed us back to the sacrifice area. 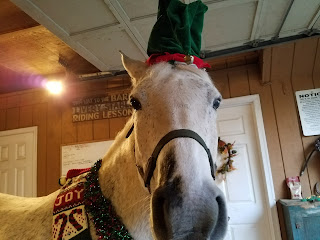 By 1:15 he was resting peacefully in the field, under the trees. Bless the back hoe guy who Dad said treated him like a Viking king.
I nearly lost it when I saw his food bowl with his container waiting inside. He was such a big personality and presence in the barn. As Peggy says, he is still around, just not in sight.

The out pouring of support online is always appreciated. Carly made my day by saying she loved his posts the best. His memorial post will come soon.
Posted by Nicole at 7:21 PM