Before the show we wanted to make sure that DaVinci could go out with Sonny. That way no one was alone on the show day. So I turned out the Arabs together and watched. There was no drama. They all started eating grass together like they had done it for years. 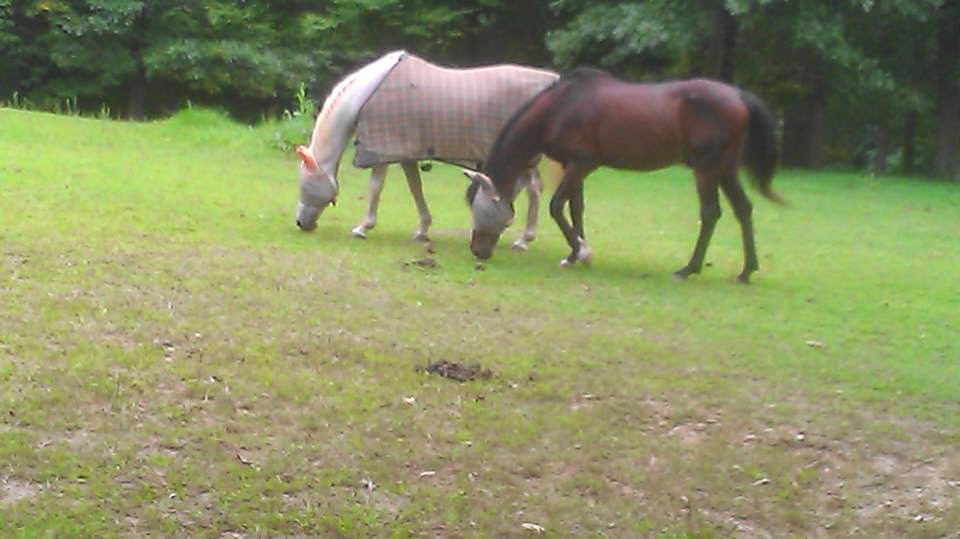 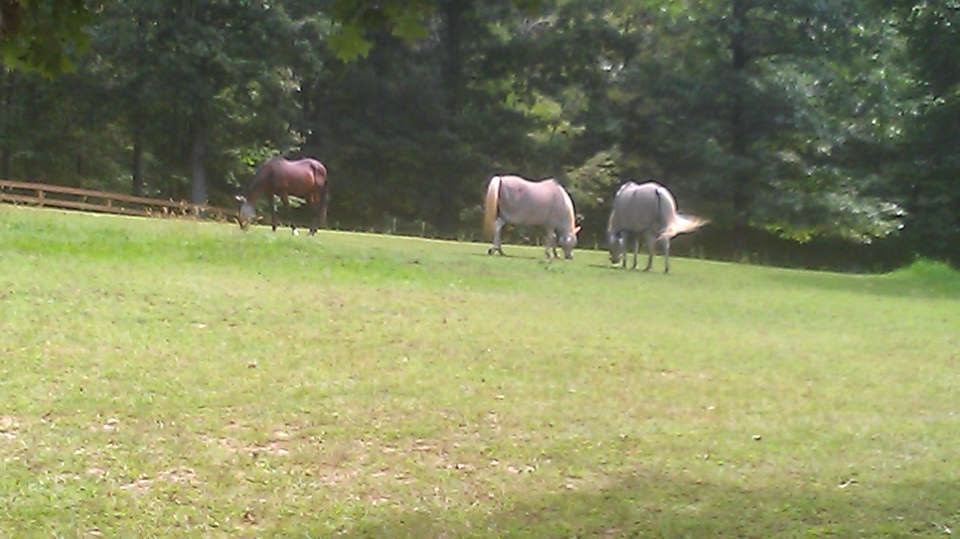 Since that went well, I decided to put the Cob boys out together. This was the first time they have gone out together at this barn. They did go out a couple years ago at the old barn. I was alone, so I was hoping it would be okay. Well, Roscoe immediately felt like Comrade was his toy. And Comrade squealed nicely every time to reinforce that thought. Like typical boys they started biting at each others legs almost going down. I thought things would be fine, but then Comrade started kicking. Roscoe was like a tick and just kept after Comrade. They reared, pushed each other and kicked.

A bit too exciting for the week before a show. I ended up going in to move Comrade to the Arab side. Roscoe even had muddy hoof prints on his fly sheet. Yep, definitely not the time to let this play out.
Now fast forward to today. DaVinci does well handling Roscoe, but he does pay a price, which can be bloody. He comes in with bites all the time. We decided with a month until the next show, it was time to try again so DaVinci can get a break. This time we put them in the big field, well away from the girls and any close quarters. The girls and Roscoe have not been in that field recently, so he had no possessiveness towards it. We took off Comrade's muzzle to even the playing field.
Right away I saw a difference in both. Roscoe took the time to look around the field before going to Comrade and Comrade did not immediately start squealing. They did eventually get into the body slamming, rearing and nipping, but not with the same intensity I saw the first time. Comrade did not kick like crazy either. I don't mind them playing or even rough housing. The dominance battle was always going to happen. I just am glad they both came to an understanding sooner rather than later.


When we left to go to work, they were eating grass side by side. I told Peggy to leave them out overnight if they continued to be civil. She just posted a video of them sharing a hay bag, so I guess things are still going well. I am so glad. Now all the older Arab guys can relax without the sometimes annoying Cob boys bothering them. DaVinci and Sonny both check in with their respective red boy over the fence.
As much as I would like DaVinci to live forever, we have to take the steps to give Roscoe a buddy. His "Manny" is unfortunately getting older. I don't want him to be isolated because he is a stallion. Plus if Peggy has her way Roscoe and Comrade will be pair driving in the future :) so they need to get along.
Posted by Nicole at 7:55 PM

Email ThisBlogThis!Share to TwitterShare to FacebookShare to Pinterest
Labels: Comrade, Roscoe, turn out