Recently between the melting snow and the rain, we have been covered in mud. Even the arena is a sloppy mess. This means riding is on the low end. Rosemary and I did go out and ride in the rain because frankly I was desperate. A willing pony, bareback pad and a bosal made the rain less of an issue. The ride was short and wet, but satisfied me and burned some pony energy.
﻿﻿Rosemary had just gotten into a kicking match with Comrade and the fence paid the price. Obviously some ponies need work. That fact was reinforced later when Roscoe and Comrade set to playing roughly. Plus they were snipping at each other near the gate. Mom told me to work the Red Boys  when I went to the barn one night.

So my plan was to ride Roscoe, feed him and then ride Comrade while he was eating. You know what they say about plans. Well when I went to shut a stall for Roscoe I saw that the Red Boys water was tipped over. Thank you very much Comrade. This meant I had to fill water before riding. The time just ticked away. I did ride Roscoe and had a super ride. We even visited the canter again. Unfortunately, it was too late to ride Comrade. I finished barn chores while Roscoe ate and then turned him out. While walking back to the gate a weird shadow caught my eye. I looked over and smacked my head. I yelled to Peggy "Can I kill your horse?" Comrade had knocked over the 16gallon bucket yet again. I wished I could work him, but an early work day meant that was not possible. Later I told Mom I worked the wrong Red Boy. 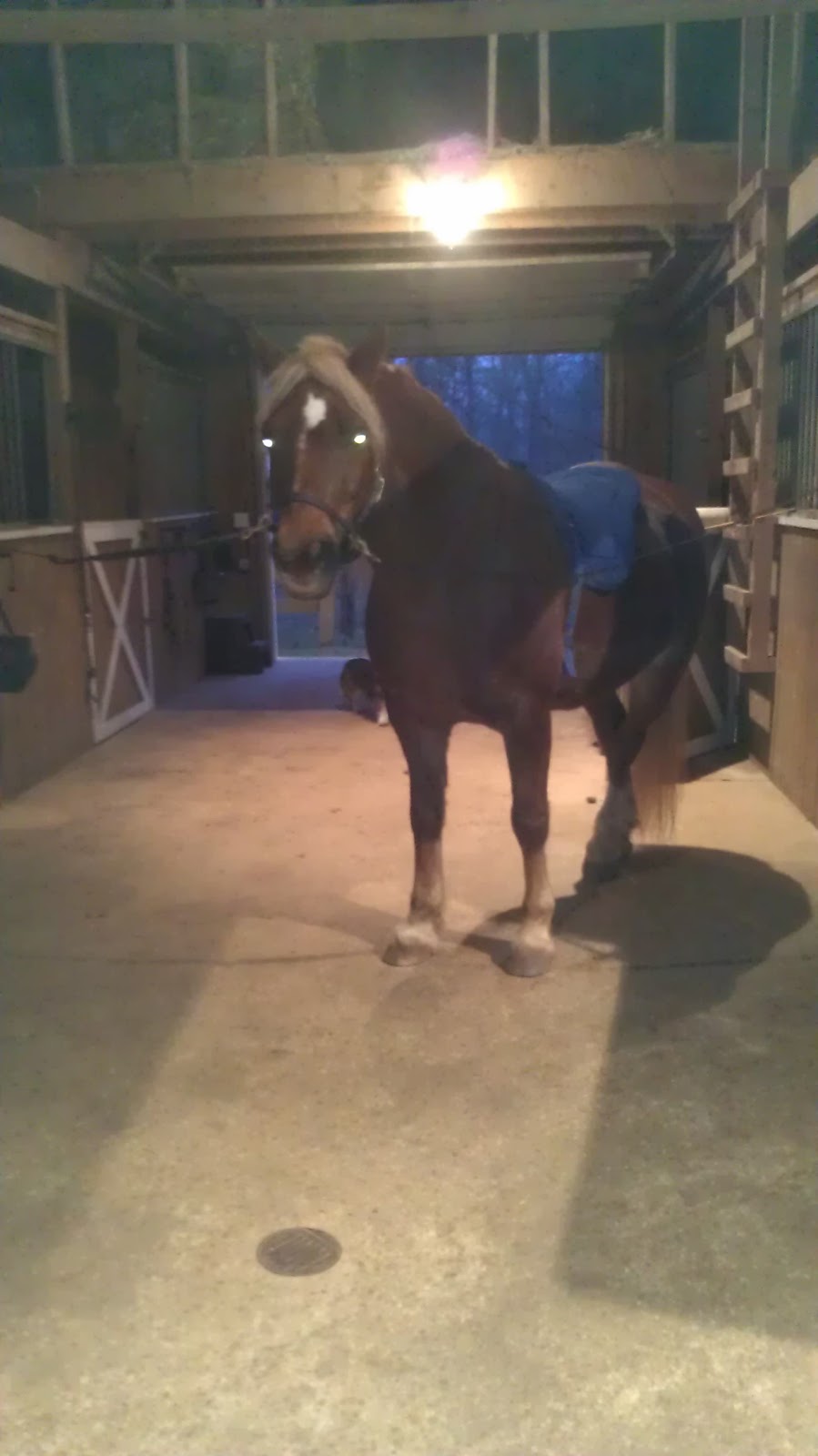 After that fiasco I knew I had to ride Comrade. On Saturday, I called him in while Roscoe was eating. I tossed on the bareback pad and his bridle and headed out for a ride. He was totally full of it, but not in a stupid way. Even after all the time off he felt great. At one point I had to just let him cruise and burn some energy. Then I could ask him to focus. That pony gave me everything I asked for or at least did his best effort. We did some lateral work where he gave me a great haunches in. I breathed in and out asking for canter. Comrade stepped into to it smoothly to the left. A downward transition, change of direction before I asked for the true test, right lead. My jaw dropped as he gave me a transition just as nice as his left. Who was this pony?
We did more work than I expected because he seemed to want to please me. As great as he was, I was sorely wishing for a saddle. The lack of riding recently was showing in my thighs. We ended out on trail and I promised him I would make more time to ride him in the future.
Since the move to Peggy's, I have not ridden him as consistently. Partly because Roscoe is now working and partly because Peggy rides him. Some days Comrade looks at me as if saying "Don't forget me." Even as much of a mama's boy that he is, he misses the challenge of my rides. It is nice to know that he enjoys the work. I do too. We both need the time together regardless of other issues.
I did ask him to stop dumping the water now that I worked him. The next day the water was intact but the rain barrel was tipped over. I just laughed as Comrade walked over and put his foot on it, so proud. "What you said to leave the water, not the rain barrel."
Posted by Nicole at 3:42 PM