Knowing When Enough is Enough

Bright and early we headed to Frying Pan Park in Herndon VA for the Welsh Show. Lovely GPS sent us the wrong way and we had to call for help. We made it in time though. Roscoe had to tell everyone he was there and that he was all alone. 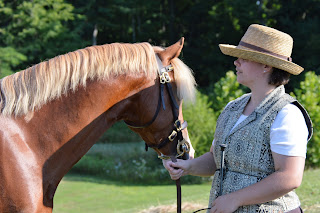 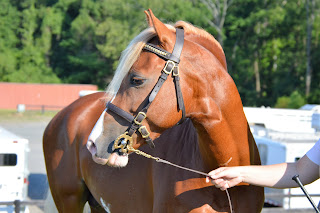 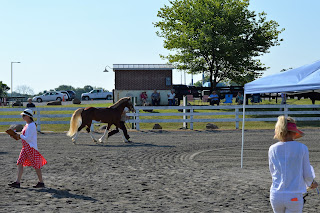 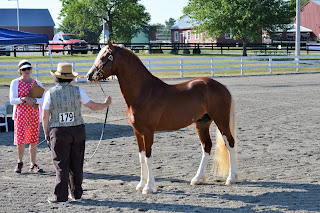 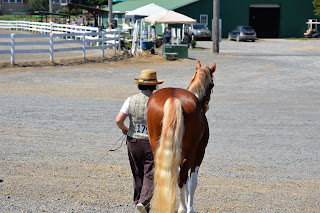 Mom worked on getting him ready for the Section D Stallion class while I suited up. Peggy was the swing between us both helping as needed. I have to say Roscoe and I both looked snazzy. That class went smooth and the Judge sympathized with us being the only Cob at the show. It is a fact that Roscoe deals with at nearly all his breed shows. Lucky for me since he was the only Cob, he won all the prize money. That money covered the majority of his show fees, yay! 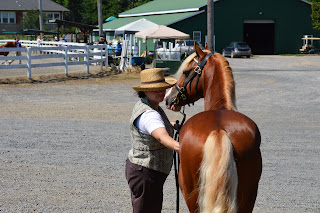 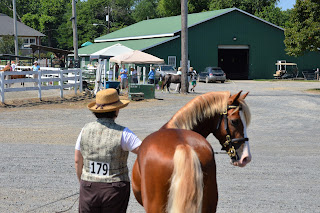 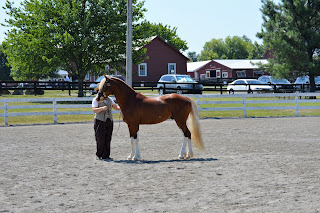 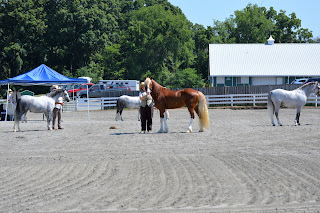 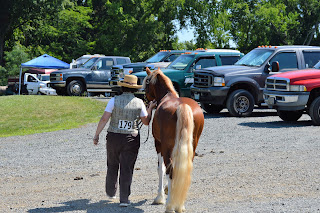 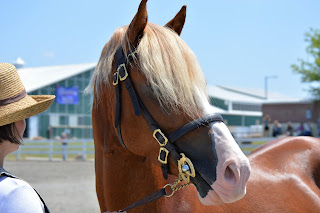 Then we waited while the other two sections were judged before the Supreme Class. Roscoe was the big chestnut amidst the little greys. He was not in a standing mood at all. Everything outside the arena was much more exciting. I tried to just manage him, but overall he was not being horrible. Of course we added a bonus class which just about did me in. 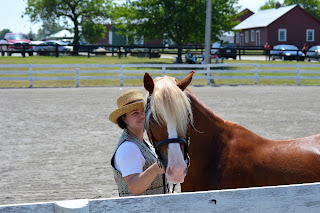 The Champion of Champion class was open to any purebred pony who won Grand or Reserve Grand Champion at any show. 16 ponies made for a nightmare of a class as we all cooked during the judging. Roscoe used the time to practice his piaffe. Or at least that is what he looked like. He really hated the fact that he had sweat dripping down his legs and belly. Roscoe decided to spot other horses and watch the kids and oh yeah, watch the carousel. 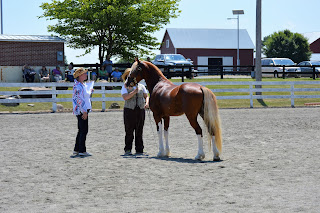 I was sooo happy to be excused from the class to leave the finalists behind. The show personnel gave us all water as we stood in the arena, but I was reaching my limit of sun. Now we had to wait for the ridden portion.

As we ate lunch, I listened to Roscoe circle in the trailer. He still had not settled. As the heat increased, I was losing steam. The show grounds did not have a warm up arena and we were surrounded by gravel parking lots. The grass area was small before turning into a steep hill. I worried about where I could safely ride him. If his energy continued to be high, I was not sure I could handle him since my energy was waning. With a heavy heart, I opted not to ride my classes. Seriously, I cried. I hate not being 100%. Even though I was not doing the classes, we still wanted Roscoe to work. This way he would know there is more to do at shows. 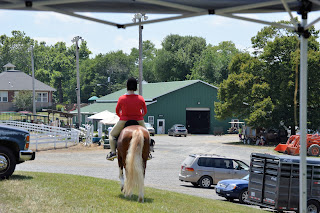 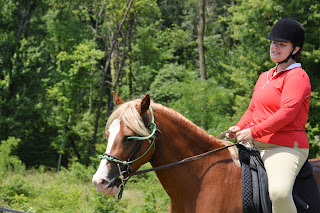 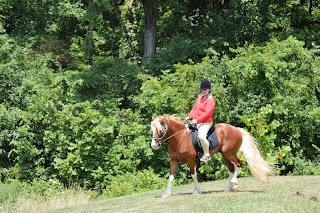 Mom tacked him up and then put the rope halter over his bridle to work him in hand. Guys, the pony that backed off the trailer this was not the ADHD pony I had dealt with all day. This pony was ready to work. He settled right into what Mom asked. So Peggy grabbed my helmet and I got on. Mom left the halter on just in case, but the need never arose. I swear Roscoe was the happiest he had been all day. He gave me a solid, flat footed walk. Oh yeah I should mention that while I was riding, right next to me a tractor was picking up manure and loading it into a truck and a bobcat machine was scraping stuff up too. Roscoe could care less about all that. 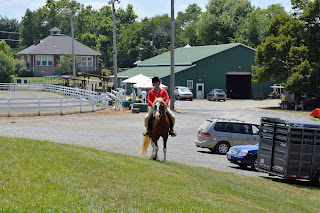 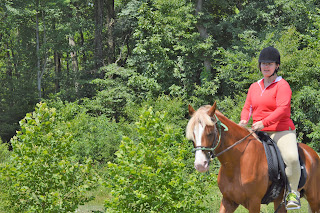 This was pony I knew was in there! I love that he confirmed my faith in him. We went down to the arena once the show finished and did a couple laps. Just that short time in the arena was so hot. Roscoe was sweaty in no time. I called it enough and hopped off. My pony wants to be a performance horse. I can work with that.
Thank you everyone for your positive thoughts, they certainly helped.
Posted by Nicole at 9:29 PM