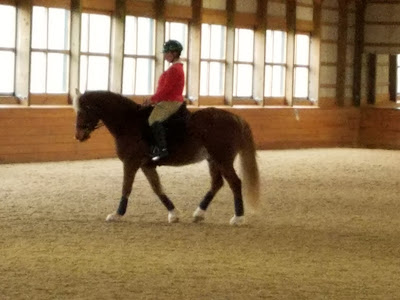 Sunday brought cooler temperatures by like twenty degrees. Much cooler than we expected, but better than the freezing temperatures we dealt with Roscoe. Mom and Peggy set to work on Comrade. They massaged and stretched him, working those sore muscles. Peggy put in his running braid and Mom wrapped his legs. He seemed happier wrapped in the first lesson than just front boots in the second. That will be something to explore at home since I have never wrapped him before camp.
For this ride, Mom had me bring my little spurs to see if they got more reaction from Comrade. As I walked him to warm up, he felt tired. I felt crooked. Which made the first trot, blah. I decided to just stroll around more until our lesson. 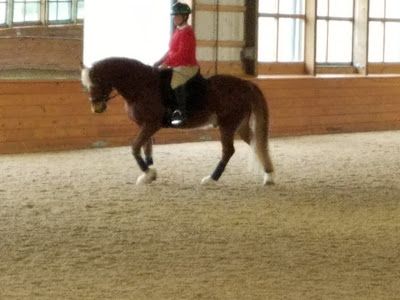 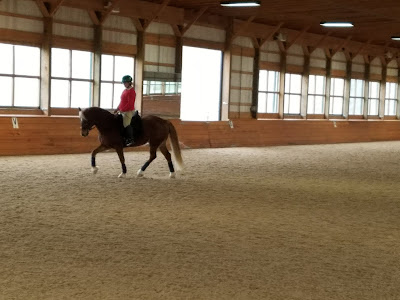 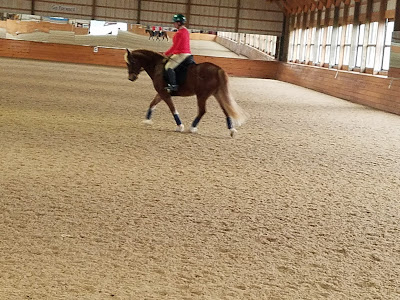 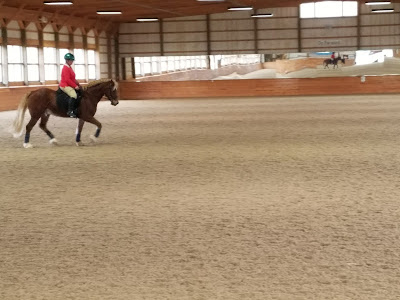 Fortunately when I gathered him up, the awkwardness disappeared. The best part about this camp is getting two perspectives from trainers who compliment each other. Lisa built on the work we did with Natasha. Now that he was moving, we worked on straight. I have battled with his crookedness to the left for ages. She had me open my inside rein to invite him to bend, but catch him with the inside leg before he fell in. The change was noticeable. I had even contact in both reins and his hind end was following his front. Similar to the cavaletti work, she had me occasionally activate his hind end with the whip. When Comrade connects his parts, magic happens and he grows. I swear he moves like a 16h horse. 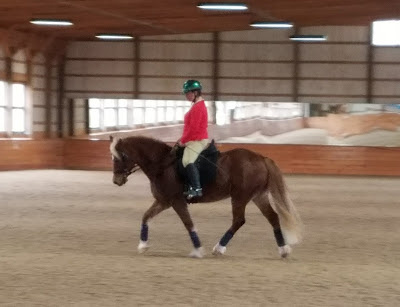 We took our newfound  straight and did leg yields on the long sides. He inverted a little, but overall they were nice and steady. The whip helped remind him to keep his butt moving in the right direction. 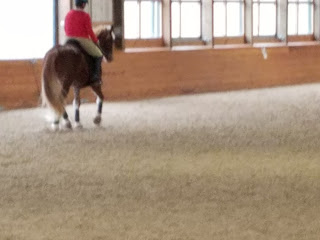 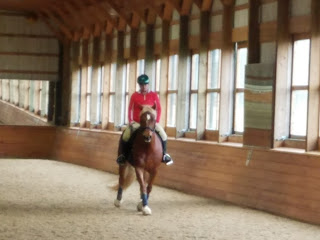 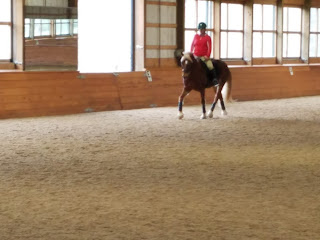 Timing the use of the whip is key at points with him. Especially when we moved to canter. She wanted working trot to canter with no running in between. Comrade actually did a super right lead transition the first time. Then the subsequent times were rough. My timing was off or he did not connect right. He did have moments where I could feel the transition was correct, but he could not follow through. With consistency and a smaller circle we did manage another good right lead transition. He needs the strength and confidence to pick it up and carry. His left lead was much better and even had some great sit and push in the transition. 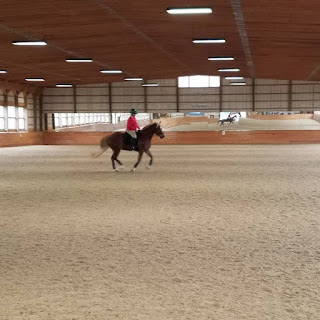 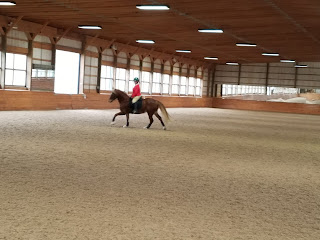 If I can keep my shoulders back and leg long, we might actually get somewhere this year. Overall, I could not be happier. Comrade unlocked a part of himself and reached a new level.
Posted by Nicole at 7:06 PM