Sorry I dropped off. It has been a rush to get my work caught up before taking vacation. Then this random snow/slush mess came along and I spent the night at the barn. After dealing with no heat, darn furnace, I was ready for an early finish. Which means I get to work on my Eventing Bingo story.

So for Bingo Card D, some of this is based on true stories 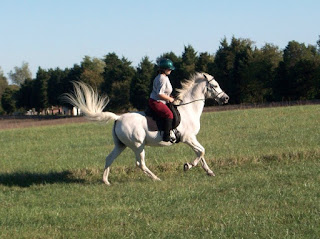 Owning multiple horses means that some shows have me riding more than once. And this crazy show was no different. DaVinci was up first doing his dressage test. Everything was going well during his training level test and for once my nerves were behaving. Then out of the blue, when we picked up left lead canter, DaVinci jumped out of the arena at A. Why is it again that we don't have a panel covering the opening like the upper levels? As my jaw dropped I circled and reentered to finish. Yeah, a great start. 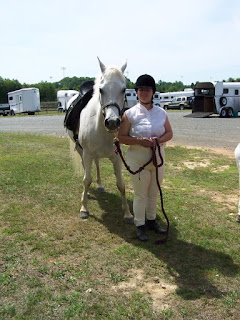 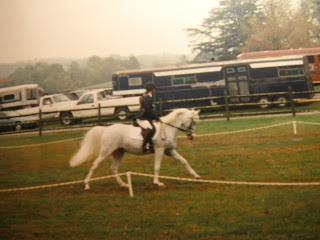 Next up was Barry. After the first test I was not surprised we got "Tense" on our judges card. Ah well cross country was our best part. Dressage is just a way to get to jumping. We had a first jump thing though and sometimes Barry took it big. This time I landed on his neck in a heap with glasses askew and stirrups swinging. As I continued on, I realized my chest felt a little jiggly. It seemed I also had a wardrobe malfunction with my zip front bra. Bless my protector vest for keeping the girls somewhat contained. 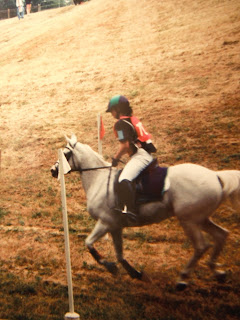 We finished well despite my issue and moved onto stadium. My little speed demon seemed to have left his brakes on cross country. Luckily he was highly maneuverable and came back to me in the middle of the course. Sadly, we had a cheap rail at the end. I swear he barely touched it.

So for Bingo Card L 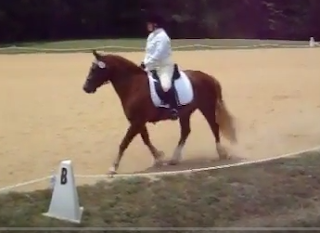 Comrade got to go to a small one day event. My nerves were not great since we have had some rocky rides before the show. And sure enough he became "that" horse in warm up. He was bucking every time I asked for canter. This was going to be a fun dressage test. Surprisingly he must have left all the crazy in the warm up and we walked away with straight 6's on our test. My relief was short lived as we hit the cross country course. First jump good, second Oh HOLY LONG SPOT, so I tapped him with the whip and my lazy Cob decided to fly forward with no brakes in sight. I managed to get him to the next few fences, but he was rolling and went right by one of the fences. Dang it, I had never missed a fence on cross country before. Obviously, Comrade's head was not in the game and we were so far in the hole, I retired.
Posted by Nicole at 7:32 PM