As expected emotions have been strong in the barn. It is hard when so much brings memories. With all that, there are still horses that need work. And Roscoe seriously tested both Mom and I. He was a spook with Mom when she worked ground driving the day after we lost Winston. I really think he was feeding off of  Mom's emotions. So when I rode him on Friday, I did not know what to expect.
He came out resistant. I tried to to stay firm, but zen. It was tough. Roscoe gave me his foot stomping, high headed giraffe impression. Plus he decided to try and run through my aids. 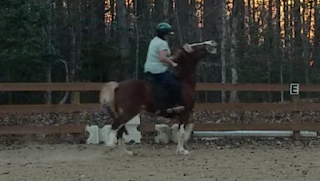 So I threw canter transitions at him. And he threw bucks at me. 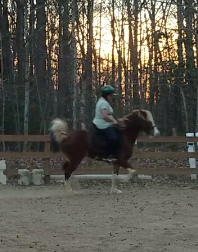 Going to the right he seemed to forget he had a right lead. That created another battle. I tried spiraling him in then asking as I pushed him out. Over and over he kept giving me left lead. 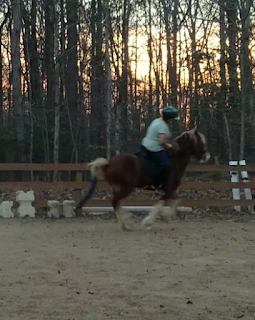 I seriously had to dig deep for that unemotional ride I had at camp. I needed to think and examine. Roscoe was bulging that left shoulder. A bigger bend did not help, so I tried for straighter. He still gave me left lead. I ended up slightly counter bending him to get the right lead.

After that I decided to end on the left. Roscoe gave me one left lead and then just to stick his tongue at me, he picked up right lead going left. Well I just kicked him forward, did a ten meter turn and cantered right. 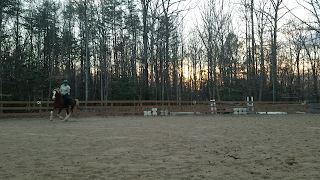 These green horse battles will happen. Roscoe has figured out it is hard work and he is going to test my insistence. I think things are going to be ugly for awhile. That's okay. Growing up is hard to do. 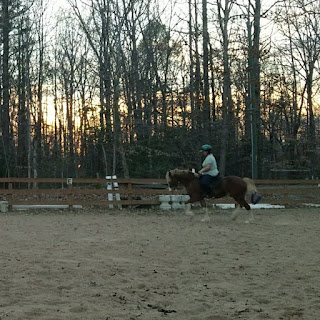 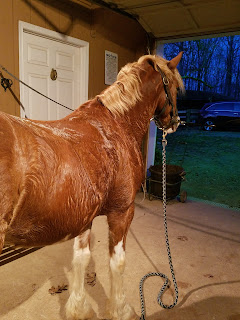