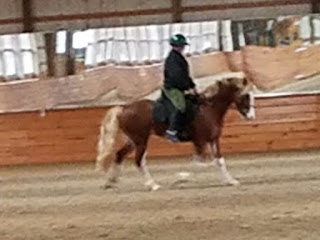 Some of you may remember that I took Roscoe to camp to see if I wanted to take lessons at Sprieser. Well after the experience with him, I was definitely willing to go there for lessons. I planned to take him to one while I was on vacation and try for at least one a month. You know what happens to plans sometimes. After Winston (vet cost and burial cost), I could not swing it. That is why Comrade went to camp, though now I am really glad he did. 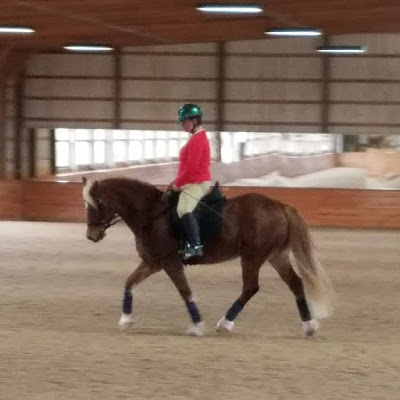 The first day during the her lesson, Natasha actually asked about us taking lessons. Not sure what Mom and Peggy responded, but Peggy pursued the idea. Later she told me she was working on getting Natasha to come to the farm. Just before the second lesson, Peggy said for three horses she would come. We did not have a chance to catch up with her that day since she had other lessons to teach.

The next day during my lesson with Lisa, she again approached Mom and Peggy about setting up a schedule. So at the end of my lesson, she asked what start time would be good for a lesson on April 12th. I have to get back to her since it is a work day, but seriously how great is that? To me the fact she is pursuing the lessons is a great compliment. I don't think they lack for clients. Plus this can get my Mom and Peggy back into riding. If Mom or Peggy cannot finish a lesson either I can ride or Natasha said she could get on. She is willing to do a semi for both of them and a private for me. I am excited. The two camps have tweaked my riding enough, I feel more effective. And after riding green ponies, that is a good feeling. 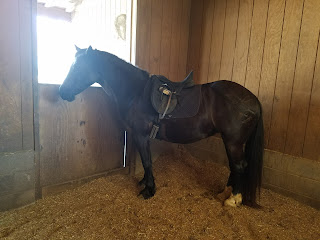 I wonder if I should warn the horses...
Posted by Nicole at 3:12 PM

Email ThisBlogThis!Share to TwitterShare to FacebookShare to Pinterest
Labels: Lessons