Half a Hafl. In The Works

We have had a busy week going in different directions. So I am going kind in order of knowing. The week before the show I received a message from another Cob stallion owner saying she sent a mare owner my way. That is always a compliment to have someone recommend Roscoe. 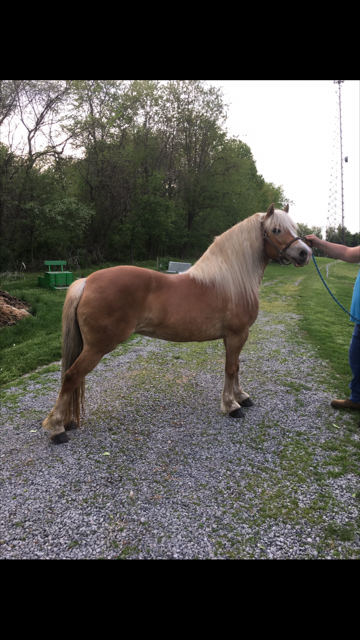 The mare owners contacted me that evening by email and by the next day they had dropped a check in the mail to cover his stud fee. I love the fact that this owner is excited to breed his mare. She sounds like a sweetheart. Though there are not too many haflingers that are not. Her owner seemed to like the fact that the Cobs have good bone and good personalities. She rides and drives, so Roscoe's family background meshes. The foal will definitely be well loved. 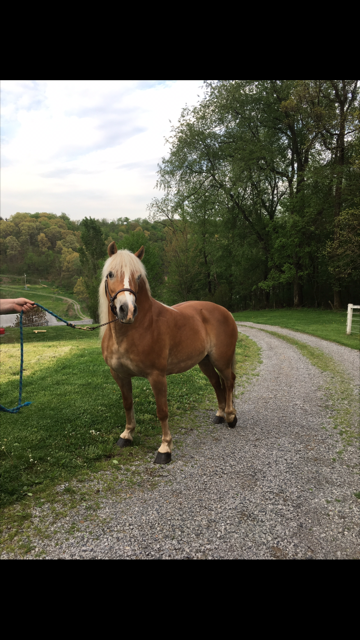 This breeding won't promote Roscoe or earn him any sire awards, but hopefully it will allow me to fund something for him soon. The chance of him getting any more purebred mares is nil, so I will take the opportunities that come with crossbreeding.

We were on call as of Monday to go to the collection center. Mom and I both had the day off, great. Then we got the call the mare was not ready and the new date was Wednesday. Okay, that works since Mom was off and I was able to switch late days with a coworker. Then I got the call that... the mare was not ready and the new date was Thursday. Dang, that was a tangle. Luckily my coworker was willing to switch back and my boss let me leave early. I was not sure if I was flying solo with Roscoe or if Peggy would go until I was driving to the barn. Turns out Larry was my partner for the trip.

Good thing too since he knew the roads and could direct me as I drove. We arrived before our appointment time and Roscoe knew what he was there to do. He proceeded to announce to everyone the he was there. Well, we all learned not to underestimate the little stud. His handler came to put him through his "time to behave" lessons before going into the breeding shed. I did remember to tell them to leave the tease mare behind the tease bar rather than moving her by the phantom.

Roscoe was "ready" as soon as he entered the shed. He let them clean and prep him. Plus he even mounted the first time, straight too. But they had lowered the phantom too much, making it difficult for the vet to reach necessary parts. Continued attempts, failed also. Turns out they also underestimated his... hmm... length and prepared the pony AV. Yeah, that was not doing for Roscoe. The vet got it in and nothing. Well frustrated stallion meant we had rearing, crooked mounting, a big buck to the phantom and finally a "screw this" lunge to the tease mare that resulted in Roscoe over the tease bar. At that point, Roscoe was sent out to cool down. They prepared the longer AV and raised the phantom. The tease mare was definitely over kill, so she was removed.
Those changes were the key. Roscoe came in, approached and mounted. And this time he was happy to do his job. The vet said it was because he was not collected enough, but we did not have such drama last year when he only breed once. Oh the things I have to remember that I never thought I would.

Fingers crossed everyone that there is a half a Hafl already in the works. Seriously, that should be one cute baby.
Posted by Nicole at 11:17 PM