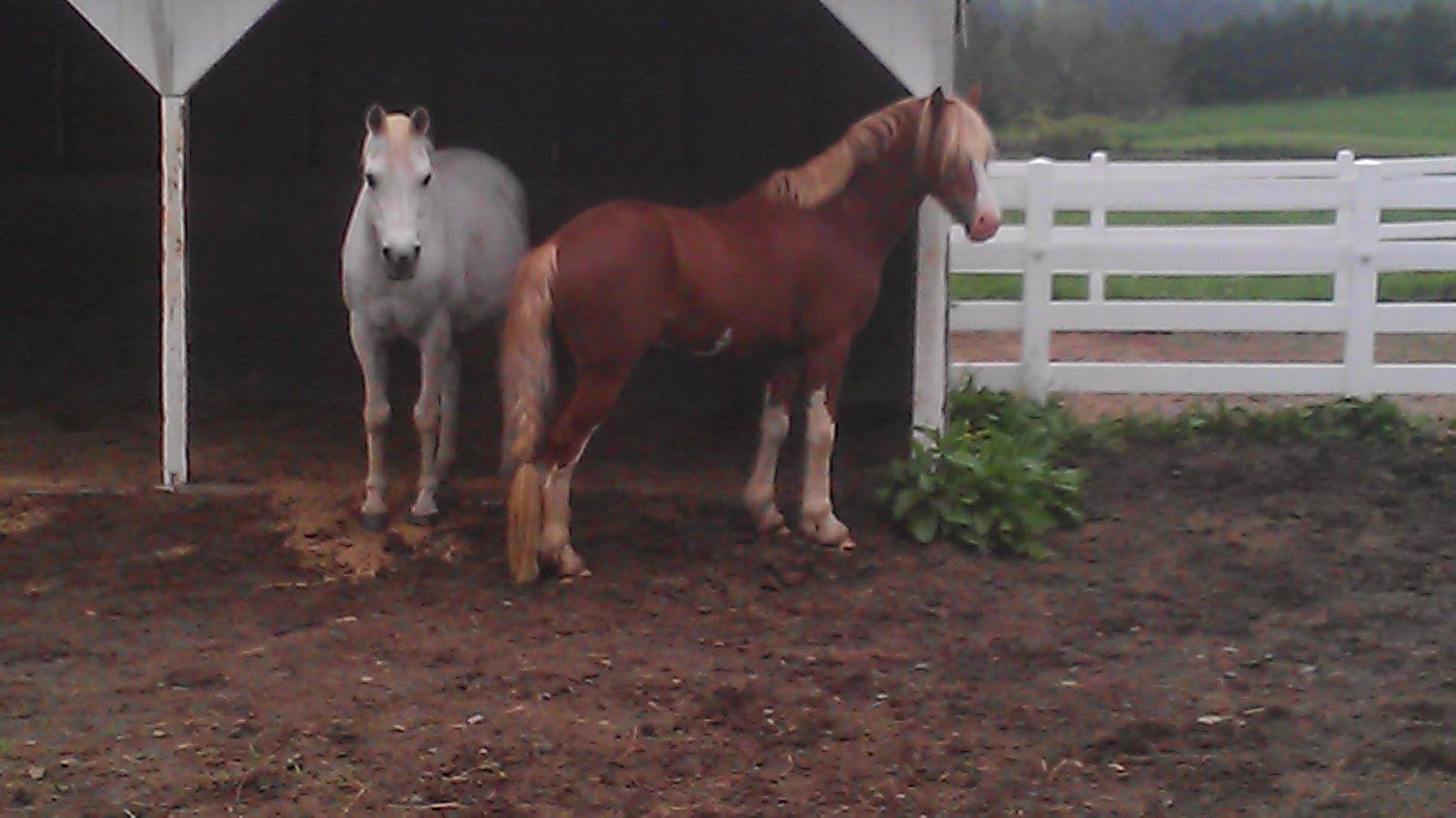 My ponies were overdue for having their teeth done. More so than we originally thought, but no one was having any issues. Our dentist came out yesterday and when he left he said "You have a good bunch of horses." He is pretty old and does not do hard to handle horses anymore, so that was good to hear. Mom let the Appy go first, don't get me started about that, and he worked in the newly cleared stall. He is a chatty kind of guy and was totally silent working with that mare. Mom just avoided the area until it was time for ours.
This was Roscoe's first full work up. Where our vet told us to wait longer to pull his wolf teeth, the dentist felt he should have had them out awhile ago. Ah well, what can you do. He gave us a name of a dentist, who is also a vet, that can do the work quickly but well. So we have that to look forward to. Other than not knowing what was happening and moving a bit, Roscoe did really well. Mom found out later that the 3yr old stallion did better than the 11yr old Appy. Explains why he was so quiet working with her. The dentist charged extra for the Appy, but not Roscoe. Says a lot huh?

Rosemary our drama queen behaved, but she did it while turning herself like a pretzel while looking like a hunchback. The dentist said "She's really flexible." Silly pony!

Dottie seems to have lost a tooth. The dentist said that draft horses age faster so he sees lost teeth earlier. We will have to keep an eye on her chewing abilities.

DaVinci despite his age, has all his teeth and looks great. His biggest issue is he has melanomas in the corners of his mouth, just like Barry. If they get bigger, I will have to try the hackamore on him so we can avoid a bit.

Winston had no issues teeth wise. Heck Mom said that the dentist did not even "oink" at any of the horses, which is his normal comment for Winston.The dentist used to ride Polo ponies which are pretty thin, so most other horses he would call fat.

This dentist is pretty old school, but he is worth using because he is a fount of knowledge. It is like listening to the history channel for horses. Plus his manner is so calm, my horses have not needed to be sedated. He gives them a chance and works with them. I really like the fact that he only does what is needed and is careful what he takes off of older horses. Anything that will extend the life of their teeth. Sometimes he did not even charge of for the work on the old pony we had.

Great dentists like farriers and vets, are the greatest part of the extended network that keeps our horses healthy. We always try to keep him happy. Next time we may not include the Appy in the appointment so he has the chance to say no to working on her.
Posted by Nicole at 3:27 PM

Email ThisBlogThis!Share to TwitterShare to FacebookShare to Pinterest
Labels: Dentist