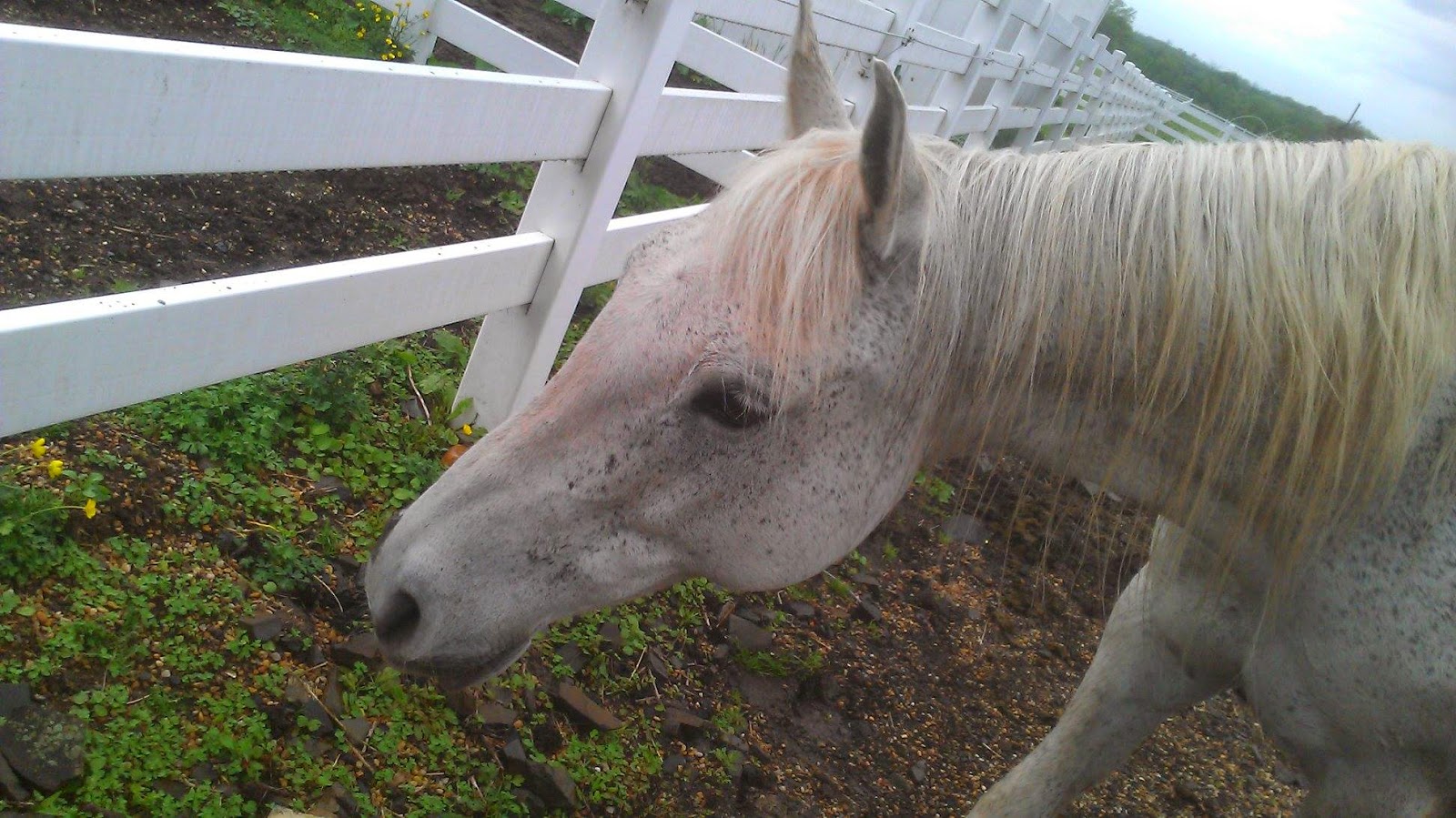 Unfortunately it was a rainy day and Winston thinks he is spun sugar. Peggy said while we were gone she thought something was wrong with him. She went to get them in and Winston kept stopping and turning backwards. Then he would try to back up or move side ways. She soon realized he was doing everything he could not to get rain in his face. Rain is still better than how he spent last year, dealing with Laminitis. 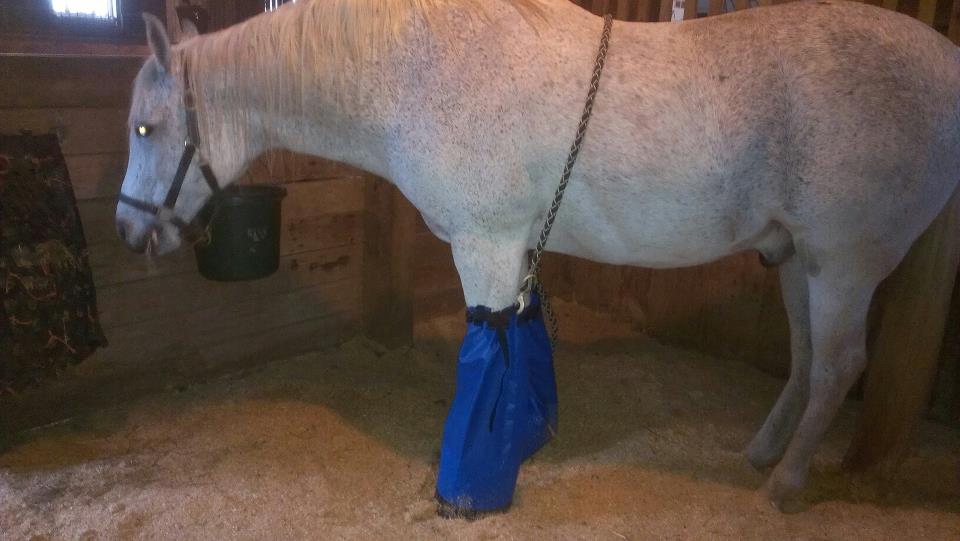 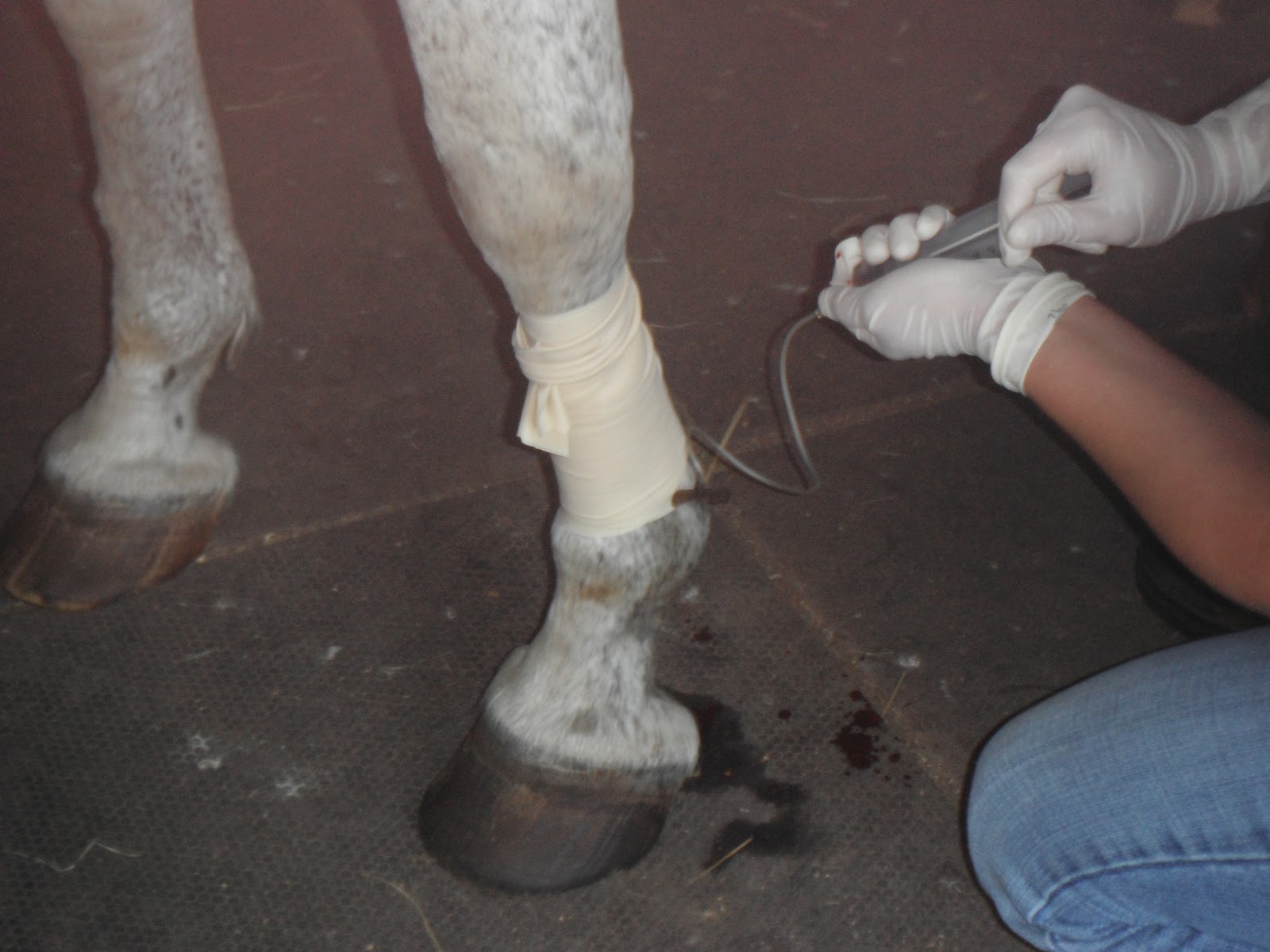 I could not match last year's gift of Laminil, but I did let him graze without Roscoe bothering him. He did have to wear a muzzle which took him time to accept. Then he ate even when the rain got heavy. Roscoe, bless his heart, stayed quietly in his stall. When I brought out the hay for the night, Winston came running over. He ate hay through the muzzle. I guess he prefers easy to eat hay over hard to eat grass.
I gave him an apple before telling him I had to let the wild stallion out. He handled Roscoe great warning him off at a distance. He always makes me smile. Winston has handled all the changes Laminitis caused with ease. Plus, he wears a target from going out with the girls. Roscoe constantly watches and challenges him. Luckily Winston just rolls with it.
Bring on the next year and let's hope for more riding! 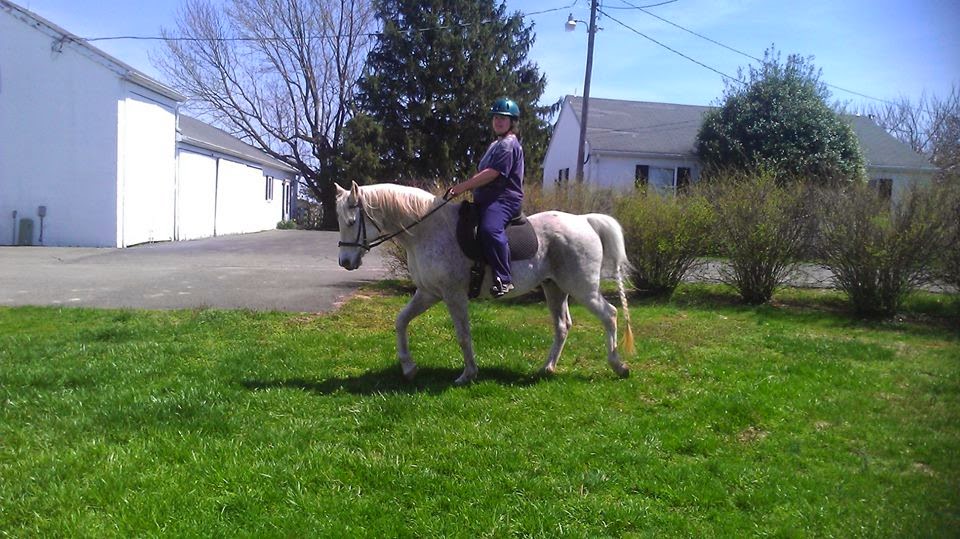